Taking care of business! Celebrity chef Curtis Stone steps out with actress wife Lindsay Price as they head to a meeting in Los Angeles

He’s best known for donning an apron and whipping up a storm in the kitchen.

But on Tuesday, celebrity chef Curtis Stone cut a casual figure as he stepped out for a meeting in Los Angeles with his wife of seven years, Lindsay Price.

Curtis appeared to be on his way to a business meeting, as he had several documents underneath his arm and was also carrying a pen.

Taking care of business! Celebrity chef Curtis Stone (right) and his wife, Lindsay Price (left), were spotted walking to a meeting in Los Angeles on Tuesday

The 44-year-old restaurateur, who grew up in Melbourne, wore a button-up navy shirt, matching shorts and unlaced white shoes.

Meanwhile, actress Lindsay looked stylish in a light blue maxi dress and sandals, and accessorised with designer sunglasses and a Chanel quilted bag.

With her dark hair styled into a bun, the Beverly Hills, 90210 star was seen holding her iPhone as she chatted to her husband. 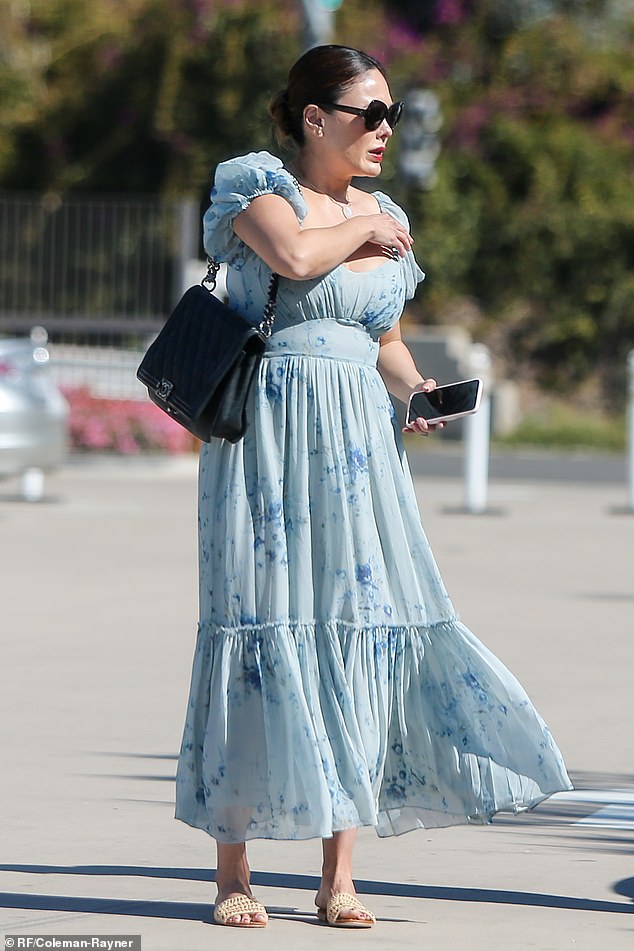 Stylish: Actress Lindsay looked stylish in a light blue maxi dress and sandals, and accessorised with designer sunglasses and a Chanel quilted bag

He and Lindsay married in 2013 and share two sons: Hudson, seven, and Emerson, six.

Despite his international success, Curtis hasn’t forgotten his roots and recently said that his family may one day settle in Australia.

‘I want my kids to be little Aussie kids as much as they are little American kids, it’s important for them to spend time at home,’ he told The Daily Telegraph. 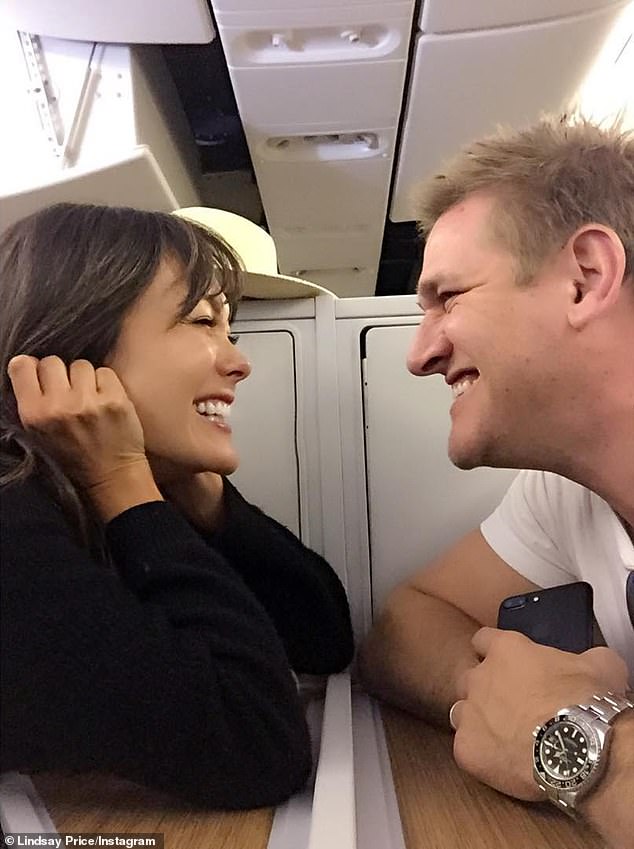 Celebrity chef: Despite his international success, Curtis hasn’t forgotten his Australian roots and hopes to move back with his family one day

‘I have no imminent plans [to move to Australia], but one day I’d love to,’ he added.

‘The kids are getting a little older, they’re approaching school age, so you have to make decisions at some point.’

The former Surfing the Menu host regularly travels between U.S., where he is based with Lindsay and their boys, and his native Australia. 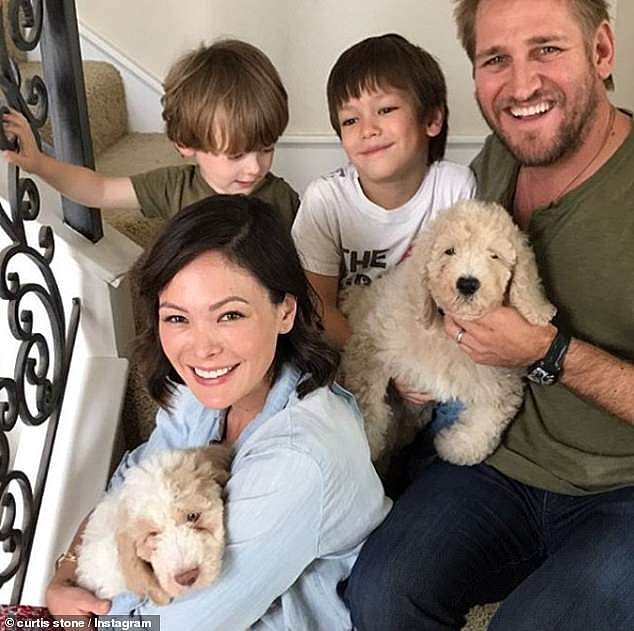 Family: Curtis and Lindsay are based in LA. Pictured with their sons, Hudson and Emerson