Duncan Bannatyne refuses to let a global health crisis get in the way of his glamorous social life.

The former Dragons’ Den star, 71, defied coronavirus fears at the weekend by taking his wife, Nigora, out for dinner at the Ritz in London for her 40th birthday.

‘We had a big bash planned in Marrakesh which had to be cancelled. We had 100 people coming but then Morocco closed its borders,’ Duncan tells me.

Celebrating in style: Left to right, Bannatyne, wife Nigora, Modesta and phones mogul John Caudwell are all pictured celebrating Nigora’s 40th birthday at the Ritz at the weekend

The couple, who wed three years ago, had the smallest gathering with only Phones4U founder John Caudwell, 67, and his 35-year-old girlfriend, Lithuanian cyclist Modesta Vzesniauskaite.

Bannatyne likes a good party. For his 70th birthday he hosted a Roman-themed bash in Barbados, sporting a toga.

But the Scot, who is reportedly worth £280 million, admits his relationship with Nigora — whom he met in 2015 when she worked as a dental hygienist in Harley Street — is not immune to the coronavirus, which could see them spend more time apart. Speaking about the new proposals of over-70s having to self-isolate in the UK, he adds: ‘If we have to do it, we have to do it. I think we should listen to the Chief Medical Officer.

‘That’s what I’ll do. It will affect us and everybody, of any age. If I self-isolate she couldn’t stay in the same room as me — that would be ridiculous.

‘It’s not self-isolating if she’s in the room with me. Of course I would be happy for her to continue doing things — going out with friends and enjoying herself.’

The twice-divorced father of six admits, however, that he’s running low on ideas of how to keep himself occupied in the absence of his wife.

‘What can you do in a room on your own for three months or whatever?

‘I’ll binge on Netflix and do two hours a night in my room on the gym equipment every day.’

‘I remember when Olivier died in 1989,’ says Jackson, who also stars as Nick Fury in the Marvel films. ‘I was watching television and his face came up on screen. And I said to myself, “That’s the kind of career you should have. People should be able to look at you and remember all these things that you’ve done.”

‘Now, I hope I’ve done enough that anyone who sees my face during my obituary will be able to say that they have at least two films they enjoyed.

A hotel where Prince Charles illegally drunk alcohol — an incident which he said ‘scarred’ him for life — is not accepting reservations from overseas tourists due to coronavirus fears.

A spokesman for the Crown Hotel in the Outer Hebrides said: ‘As a local business that invites people from all over the world, and the coronavirus continues to spread, we’ve made the decision not to accept any accommodation bookings from outside the UK until further notice.’

The Crown in Stornoway, on Lewis, is where the Prince was caught drinking when he was 14. To this day, the words ‘cherry brandy’ are said to make him wince. He later described it as one of the most embarrassing moments of his past that made him want to ‘flee to Siberia’. 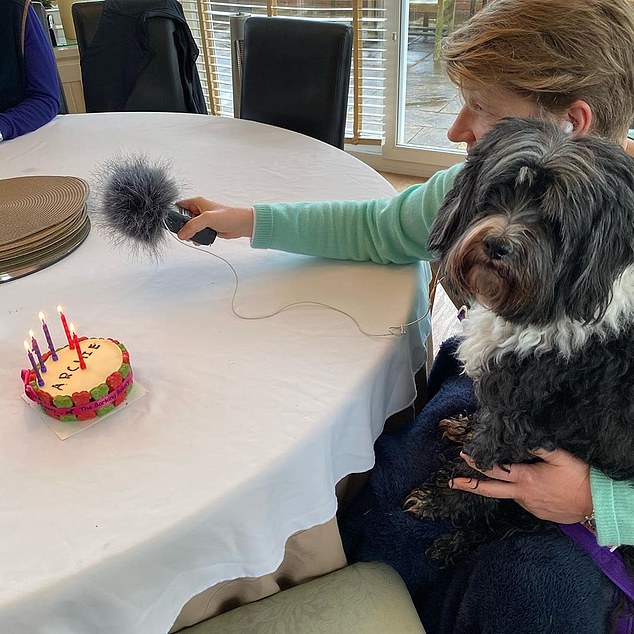 Presenter Clare Balding is pictured with Archie and his birthday cake on Monday. Archie turned 15 and apparently had a special dog cake which he thoroughly enjoyed

Clare Balding is celebrating the birthday of her beloved Tibetan terrier called Archie.

‘Today was Archie’s 15th birthday,’ she writes on social media. ‘He had a special dog cake which he liked very much.’

Clare, 49, shares her West London home with Archie and fellow broadcaster Alice Arnold, whom she married five years ago.

But birthday boy Archie didn’t have things all his own way.

‘He was disappointed at only having the one slice,’ adds Clare. ‘We’re rationing him.’

Staycations are no laughing matter for comedian Meera Syal.

‘Every year I have a British seaside holiday. For me, the good thing about it is because it is old-fashioned.

‘If the weather’s bad you put on your wellies and go for a long walk. We’ve had lots of rainy holidays. It’s a chance to do non-tech things — very Enid Blyton-y. Things like building sandcastles.’

Olivia wants a word in your ear 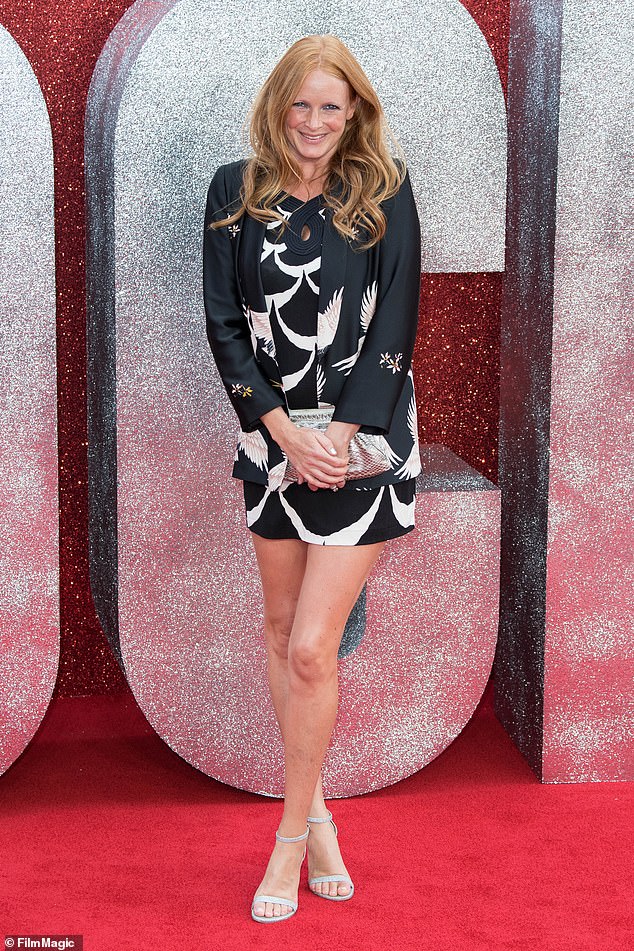 Society model Olivia Inge is more than just a pretty face. As a trained acupuncturist, she is also armed with unusual methods of building immunity against coronavirus.

‘Ear seeds — these little beauts can work wonders on calming your sympathetic nervous system, which is vital for immunity,’ she says of the small seeds, which are stuck onto the ear as a form of acupuncture.

‘My advice in these wobbly times is to eat a good healthy diet, stay warm and put your cruise on hold till the summer time.’

Terry Gilliam says he’ll be a Python until the day he dies.

‘Python has always provided me a mattress to fall on in between films,’ the 79-year-old tells me.

‘I’m actually the only one of the group doing anything. Eric and John have left the country, but we know each other too well to stop being friends. We’re locked in together until we’re all dead.’