‘I would never put anyone else’s health in danger’: Gogglebox’s Malone family hit back after viewers accused them of flouting social distancing rules

By Jack Newman For Mailonline

Gogglebox stars have defended themselves after they were accused of not adhering to social distancing rules.

In recent weeks, the Channel 4 hit show has been criticised by some who believe members of the families are meeting up for the recordings.

Complaints have even been made to Ofcom while other fans have criticised the families on social media.

Observing the rules: The Malone family, who feature on Channel 4’s Googlebox, have assured fans they are conforming to social distancing guidelines

Before Friday’s show a Channel 4 narrator announced before the show: ‘Just in case you’re worried, they are all keeping to the guidelines of social distancing.’

And now the Malone family, made up of Tom, Julie, Tom Jnr and Shaun, from Manchester, have had their say on Twitter.

Tom and Julie’s daughter Vanessa does not appear on the show but the parents explained she is a nurse and is living at the family home.

Reassuring: On the family’s Twitter account, Julie explained their daughter who does not appear on the show is living at their home 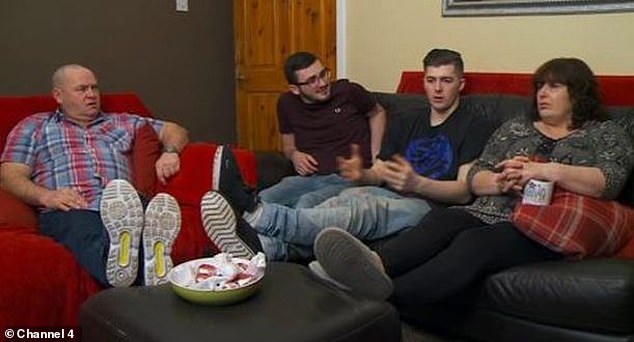 Fan favourites: The Manchester family are popular among viewers and always have a bowl of tasty snacks in front of them when watching TV

Julie said from the family’s Twitter account: ‘Just going to put this out there so we are all up to date, I know the social distancing rules too, I love my Grandkids, I would never put them or anyone else’s health in danger.’

But viewers have questioned whether some of the stars are living together or meeting up for the recordings.

Sisters Ellie and Izzi from Leeds in particular have come under fire from fans.

Ellie’s boyfriend Nat had previously taken Izzi’s place during the UK’s lockdown, but Izzi is now back with her sister in recent episodes. 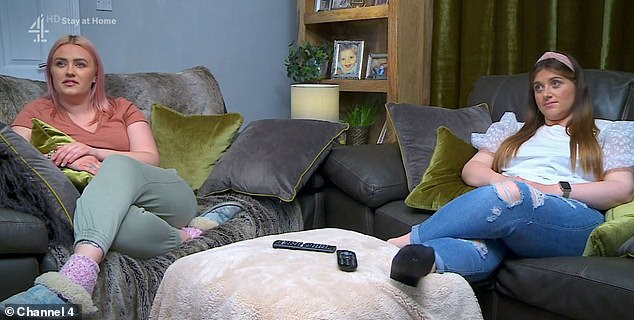 Criticised: Sisters Ellie and Izzi from Leeds have been the subject of complaints by viewers accusing them of not observing guidelines

Last month, Gogglebox was hit by complaints to Ofcom, as it was the subject of 20 objections to the TV watchdog.

At the time, a representative for Channel 4 told MailOnline: ‘Most of the families live together but where they don’t, they are complying with PHE social distancing guidelines.

‘Gogglebox will only film with families where it’s safe to do so. The health and safety of our cast and crew is paramount.’

Under current guidelines, Britons are told not to visit family members who live outside their homes in order to slow the spread of the virus. 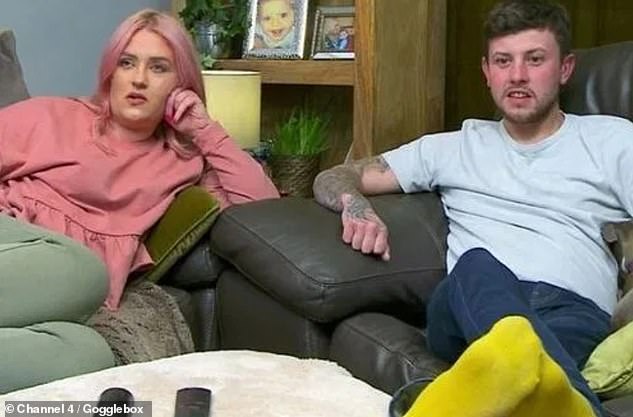 Surprise: Fans of the show were expecting to see Ellie joined by her boyfriend Nat who had previously taken Izzi’s place during the coronavirus lockdown