By Kelby Vera For Dailymail.com

The Canadian rapper, 33, just called the 22-year-old billionaire ‘a side piece’ while digitally teasing an unreleased collaboration with Future via Instagram Live on Wednesday.

Drake just rapped that Kylie Jenner is ‘a side piece’ in a collaboration with Future he teased on Instagram Live Wednesday. He’s seen in 2019 above

The song also has references to Kylie’s sister Kendall and model pal Gigi Hadid, with the rappers proclaiming: ‘Yeah, I got 20 damn Kendalls / Young slim baddies and they in vogue / Yeah, I got 20 f***in’ Gigis.’

Future and Drake have been working on the song for at least two years now and it’s evolved over time.

Originally the Atlanta-born Mask Off rapper was the one who rapped the Kylie rhyme.

Still, Drake has been courting rumors of a relationship with the youngest Kardashian/Jenner sister for quite some time.

Last fall the father-of-one and cosmetics queen were reportedly spending time together after hanging out at his 33rd birthday party.

At the time one insider told Us Weekly that Drake has ‘always had a thing for Kylie,’ adding that the feeling was ‘mutual.’ 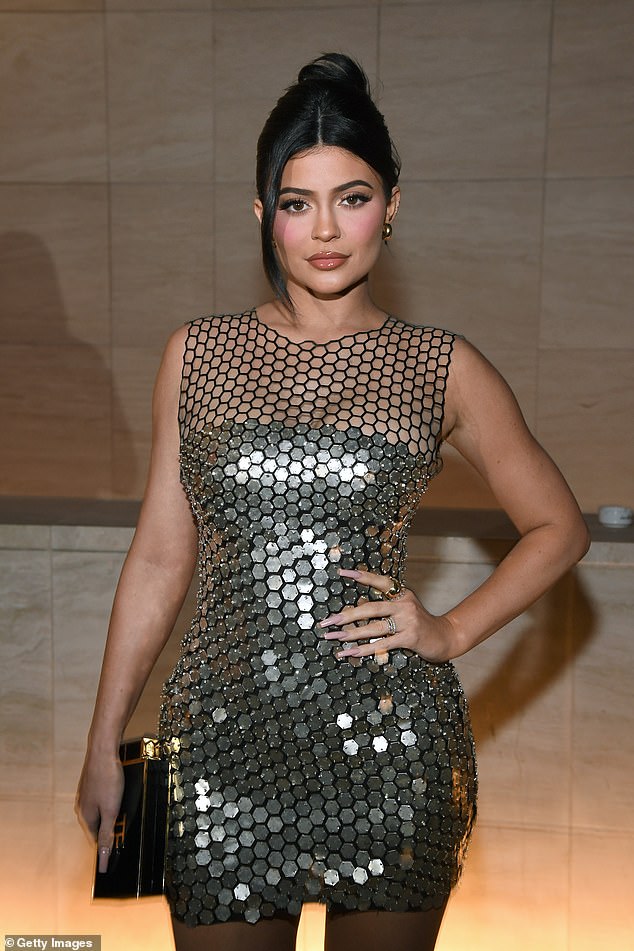 Past: The Canadian rapper, 33, and self-made billionaire, 22, were linked last fall. Kylie is seen in February  2020 above

‘They hang out here and there and have been more recently than in the past because Kylie is technically single right now and the two of them live so close to each other.’

The rumors emerged shortly after the beauty’s split from Travis Scott, the father of her two-year-old daughter Stormi.

Another insider claimed that the pair always has chemistry but the timing was just off.

‘They have known each other and been friends for a very long time and there has always been a spark there, but their situation is complicated and so is Kylie’s with Travis,’ the source told Us Weekly.

This isn’t the first time Drake’s dropped Kylie’s name on a track. The In My Feelings rapper compared his bank account to Jenner’s billions on his track Demons from his recently released Dark Lane Demo Tapes.