Ferne McCann poses in a bikini with daughter Sunday as she says: ‘When you’re aiming for an edgy shot but your main chick isn’t feeling it… at ALL’

By Rebecca Davison for MailOnline

Ferne McCann was trying her best to capture the perfect shot with daughter Sunday for Instagram on Thursday but her daughter had other ideas.

Reality star Ferne, 29, slipped into a coral coloured bikini and fashioned a patterned silk scarf around her head as she scooped her daughter up for a cuddle.

But little Sunday, two, didn’t seem to be in the mood.

Lol: Ferne McCann posed in a bikini with daughter Sunday on Instagram on Thursday as she said: ‘When you’re aiming for a edgy shot but your main chick isn’t feeling it… at ALL’

Ferne held her in one arm and carried a giant flower in the other to get the phot. but Sunday did not seem interested.

She then lifted her daughter up in the air and gave her a big kiss and the two pictures ended up being just as lovely in their own way.

Seeing the funny side, Ferne wrote: ‘When you’re aiming for a cool, edgy shot but your main chick isn’t feeling it…..AT ALL.’

Ferne confirmed her split from boyfriend Albie, 25, earlier this month. 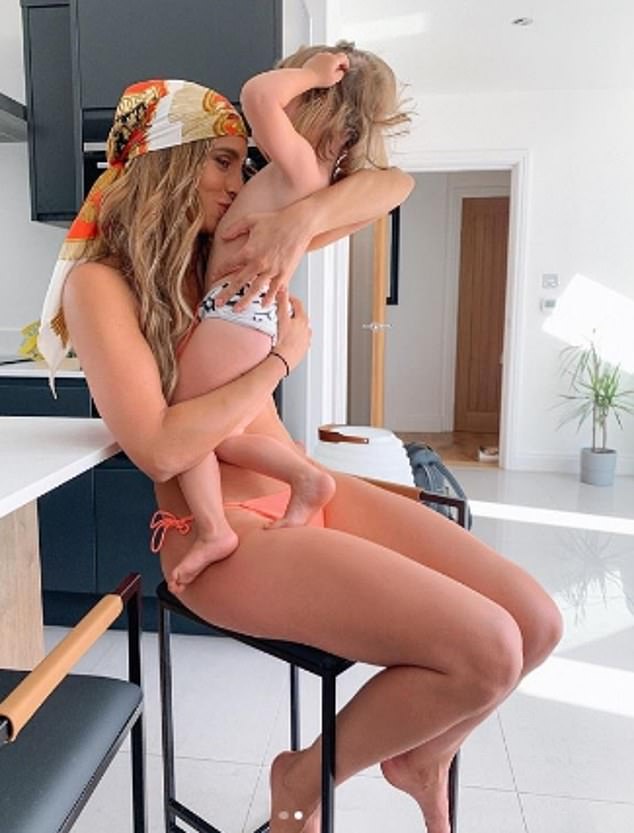 Love is all you need: She then lifted her daughter up in the air and gave her a big kiss

She confirmed she was single again on her hit ITVBe reality series First Time Mum as she tried to make their long-distance relationship work.

He has moved to New York for the year and she lives in Essex with daughter Sunday, two.

After the split, the reality star penned a lengthy caption insisting she’d learned to embrace her figure and felt the fittest she’s ever been.

‘I’ve realised recently that as I’m approaching 30 I feel so much better than I did at 20. 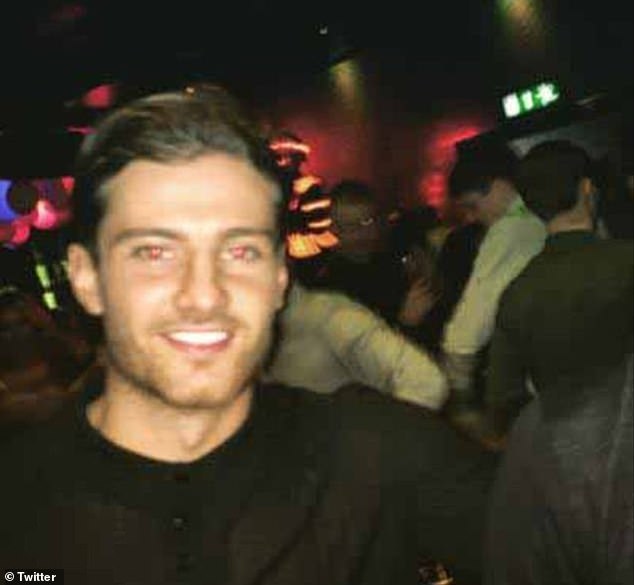 Split: Ferne revealed earlier this month that she had split from Albie Gibbs, 25, following a short-lived romance

‘So much of the last decade was worrying about how I looked, but mainly how other people thought I looked. It was a lot about surface.

‘Recent years I have learnt to nurture my body to be at my healthiest & happiest. It’s important to feel comfortable in your own skin. Believe me this hasn’t always been easy & is an ongoing battle.’

Ferne then continued: ‘I’ve learnt to drop the quest for (the non existent) perfection & acceptance of others ”What Instagram would find attractive.” Or – ”What guy I was messaging would find sexy.”

‘The more I’ve taken care of myself & the healthier I’ve become the more confident I’ve grown & found self love. Most of all, I’ve learnt to love my body.

‘I spent so many years wishing I was more this or that. I guess lockdown has strengthened this.

‘But now I fully appreciate my body & health it’s so much more than being a dress size! I feel the fittest I’ve ever been.

‘I have energy, I feel strong and healthy. I’m choosing to stop picking holes in my appearance and celebrate my vitality & my health. Im grateful for every lump, bump, nipple and hair.’ 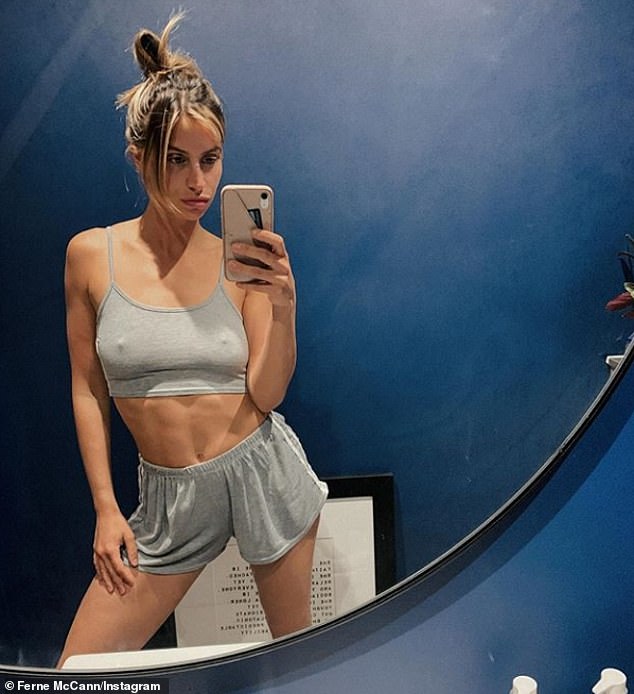 Sensational: She also penned a lengthy caption insisting she’d learned to embrace her figure and felt the fittest she’s ever been after their split