Celebrities are continuing to use their platforms to speak out as Black Lives Matter protests continued Tuesday across the United States.

And the issue of police oppression came close to home for Janelle Monae who took to Twitter Tuesday to denounce an incident in her hometown of Kansas City.

Outraged: The issue of police oppression came close to home for Janelle Monae who took to Twitter Tuesday to denounce an incident in her hometown of Kansas City

The video was taken at a demonstration on Sunday and Monae identified the African-American man as childhood friend Terrance Maddox.

The cell phone video clip showed him shouting at the line of riot police as he stood in a line of protesters before the cops moved in and violently took him into custody.

Monae, 34, tweeted: ‘My sister sent me this . The victim is Terrance Maddox . We grew up together . THIS IS F*****G INFURIATING . WE ARE CALLING FOR ALL OF THESE OFFICERS TO BE PROSECUTED and FIRED !!!! SEND NAMES AND BADGE NUMBERS! ‘ 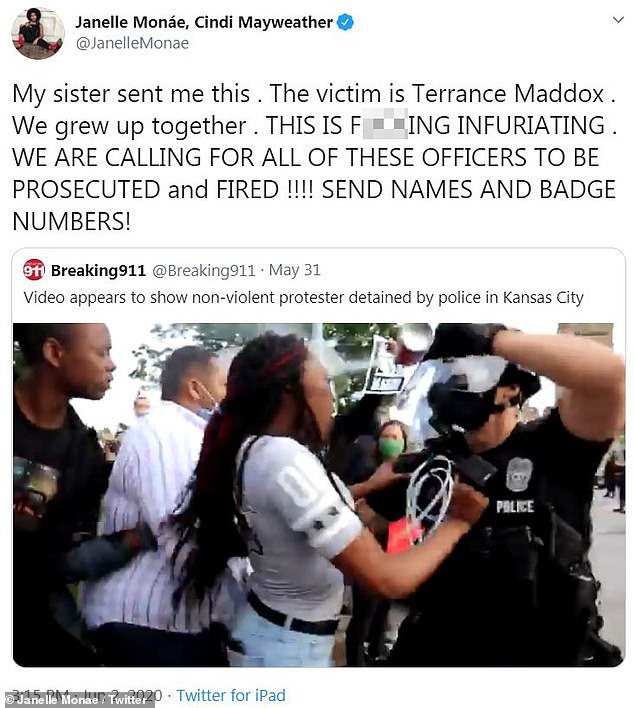 Singer and TV personality Kelly Clarkson also expressed her outrage at the same incident on her own Twitter feeed Tuesday.

‘Just curious…. where are all the “free speechers” on this? You know, the ones that constantly defend the first amendment but only use this defense when it serves their purpose? I’ll wait….’ Clarkson wrote as she retweeted the clip. 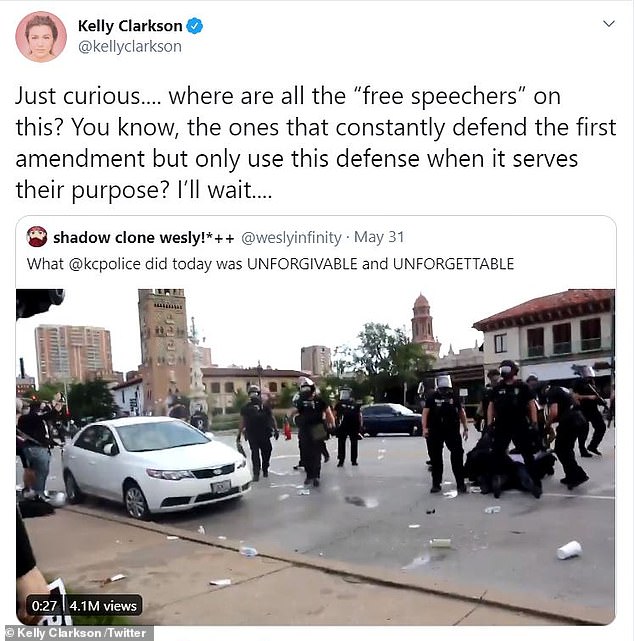 Angry: Kelly Clarkson also expressed outrage at the same incident in a tweet on Tuesday

At the weekend, the chat show host and The Voice coach spoke out about the events of the past week following the death of George Floyd in Minneapolis on May 25.

Clarkson, 38, who shares daughter River Rose and son Remington with husband Brandon Blackstock, tweeted on Saturday:  ‘For cryin out loud this is the year 2020! Can we please learn from our past and finally progress as a nation? Is it too much to ask each and every one of us to just be kind, have empathy, be loving & respectful?? If my 4 & 5 yr old can learn this, so can grown ass men & women.’

She went on: ‘I was just sitting here explaining what the word ‘equality’ means 2 my 5 yr old because she caught me watching the news & she didn’t understand why people were angry/crying. All she sees is someone in pain & she wants 2 help & hug them. Wouldn’t it be nice if adults were as wise.’ 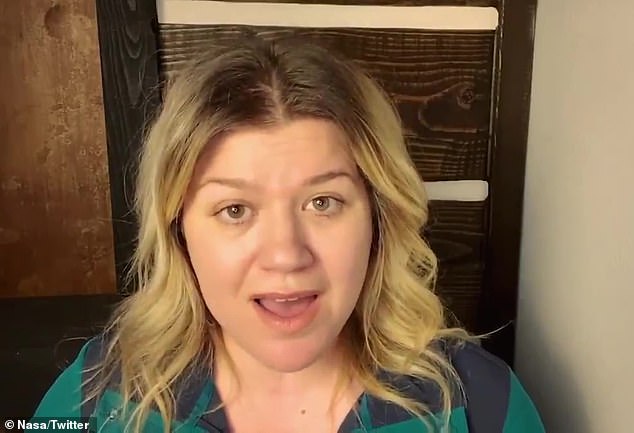 Speaking out: Clarkson, 38, had previously tweeted at the weekend: ‘For cryin out loud this is the year 2020! Can we please learn from our past and finally progress as a nation?’ 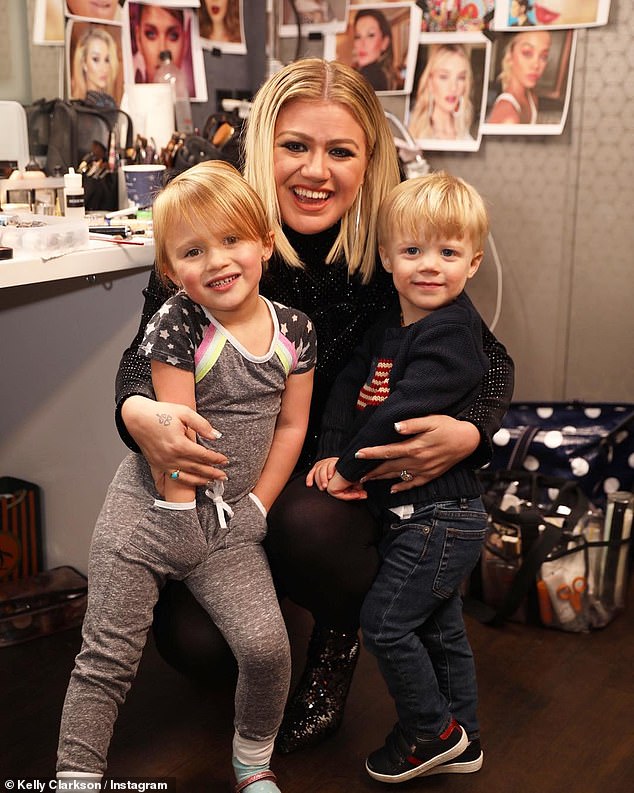 Mom: Clarkson said if her two young children River Rose, five, and Remington, four, could learn to ‘be kind, have empathy, be loving & respectful,’ grown-ups could too

Cities across the US face curfews again Tuesday night as BLM protests continue over the killing of George Floyd by white police officers.

Floyd died after being pinned to the ground with one officer kneeling on his neck following his arrest relating to an allegedly counterfeit 20 dollar bill.

Minneapolis police officer Derek Chauvin continued to kneel on him for almost nine minutes as he pleaded, ‘I can’t breathe’. An autopsy found Floyd died from asphyxiation.

The incident was captured on cell phone video and quickly went viral.

Chauvin, who was fired from the Minneapolis Police Department, has been charged with third-degree murder and second-degree manslaughter.

Three other cops involved in the incident have not been charged.

Cities across the US face curfews again Tuesday night as BLM protests continue over the killing of George Floyd by white police officers in Minneapolis (pictured, rally in Houston) 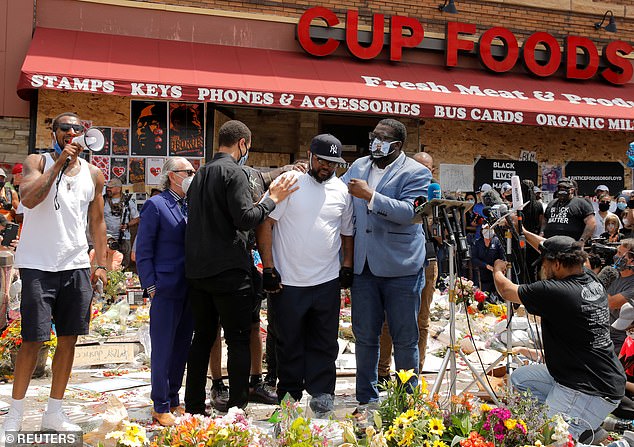 On Monday, Floyd’s brother Terrence Floyd visited a makeshift memorial honoring his brother at the place where he died with a white police officer’s knee on his neck

Meanwhile, John Legend, Lizzo and Taraji P. Henson are among celebrities who have signed a letter calling for a halt to increases to police budgets.

It is claimed in the letter that in 2017, $194 billion was spent on the police by local government, despite ‘continued profiling, harassment, terror and killing of Black communities.’

It is being supported by the organization Movement 4 Black Lives, which has launched ‘five days of action’ in a bid to fight systemic racism – including Blackout Tuesday – with Black Lives Matter co-founder Patrisse Cullors encouraging other music industry figures to get involved.