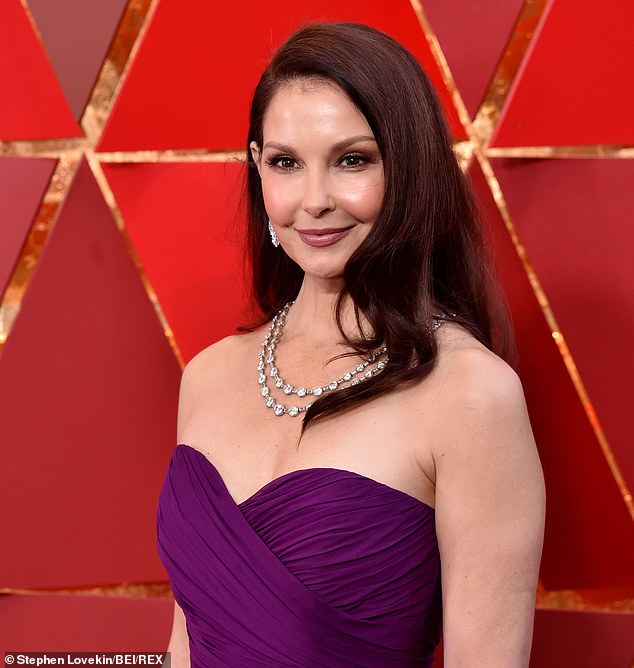 By Paul Chavez For Dailymail.com

Ashey Judd and Olivia Munn were among the stars turning over their social media to pandemic experts Tuesday as the #PassTheMic campaign reached its finale.

The 52-year-old actress shared her 440,000 followers on Instagram and 357,000 on Twitter with Canadian health expert Dr. Charlie Weller.

‘I’m honored to #PassTheMic to @DrCharlieWeller, Head of the Vaccines Program at @wellcometrust. She’s sharing why we must come together to develop the science and tools we need to recover from #COVID-19,’ Ashley posted on social media.

Online takeover: Ashley Judd, shown in March 2018 in Los Angeles, was among the stars who handed their social media accounts Tuesday to health experts for the #PassTheMic campaign

Olivia, 39, handed over her 2.6 million followers on Instagram and 818,000 on Twitter to Canadian health expert Dr. Bonnie Henry

‘I’m excited to #PassTheMic to Dr. Bonnie Henry (@BCGovNews), the Provincial Health Officer in British Columbia, Canada. She knows global epidemics & will share how we can defeat #COVID19,’ Olivia posted.

Robin Wright, 54, took to YouTube for a conversation with ONE Campaign president and CEO Gayle Smith, 64.

‘July 1 marks six months since the COVID-19 outbreak was first reported and the need for experts to lead the conversation is more critical now than ever, especially at a time when the pandemic is spreading and spiking in many parts of the world, including the US,’ Smith said in a statement. 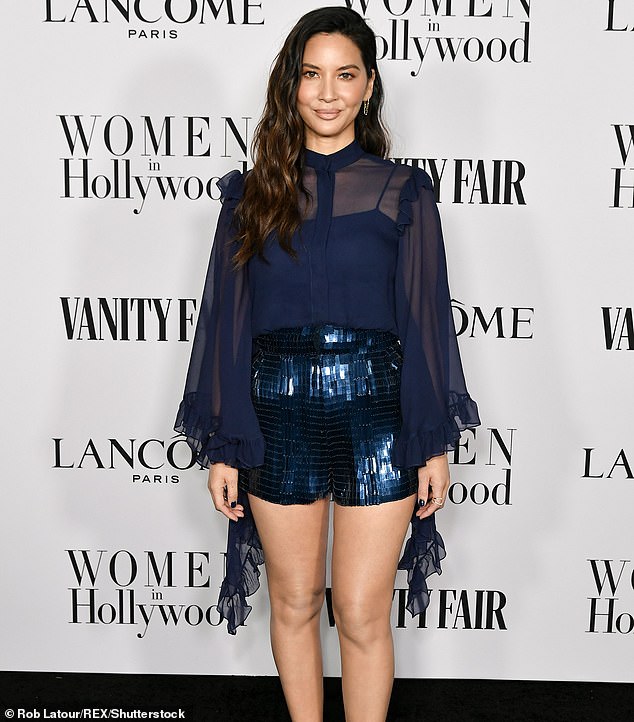 Campaignfinale: Olivia Munn, shown in February in Los Angeles, also turned over her social media accounts for the finale of the campaign supported by the ONE campaign 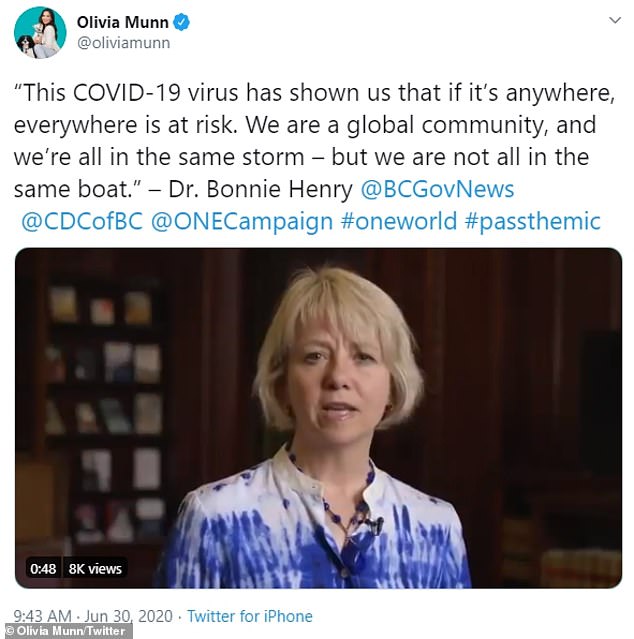 ‘The message behind #PassTheMic has resonated with people around the world because they know that facts are what we need to drive solutions and end the pandemic,’ she added.

The #PassTheMic campaign started May 21 with a conversation between Julia Roberts, 52, and Dr. Anthony Fauci , 79, about the global response to the COVID-19 pandemic.,

Mic passed: Ashley tweeted that she was honored to pass the mic to Dr. Charlie Weller 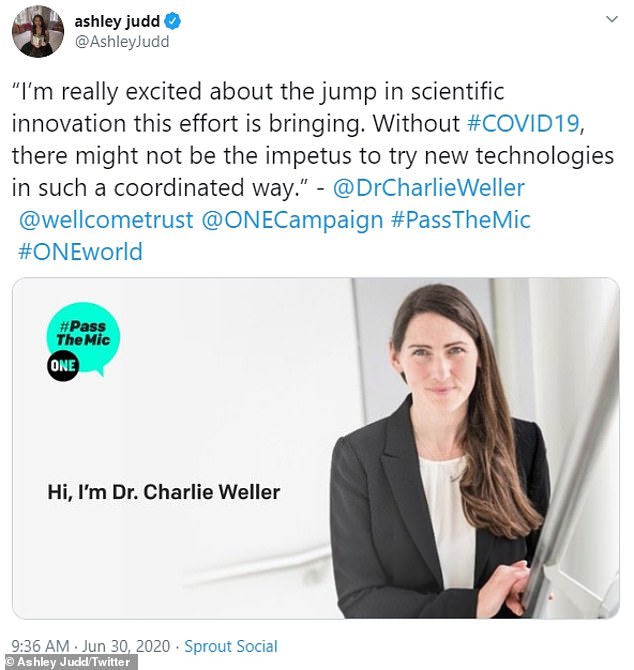 The expert takeovers for the finale will focus on the urgent need for a global response and an equitably-distributed vaccine as well as the impact the pandemic has had on minority and vulnerable populations.

Other celebrities who have taken part in the campaign include: Penelope Cruz, David Oyelowo, Sarah Jessica Parker, Rainn Wilson and Shailene Woodley.

In total, 42 celebrities were participating with over 258 million followers around the world. 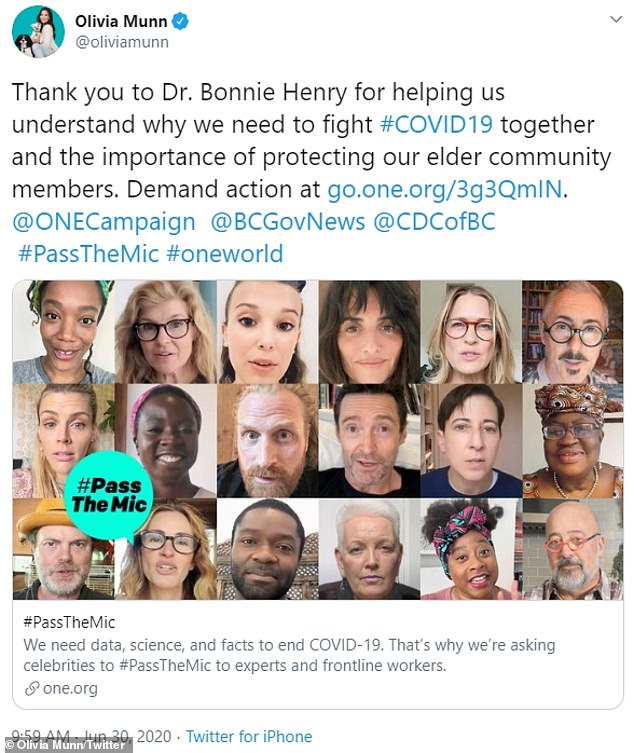 Special focus: The expert takeovers for the finale will focus on the urgent need for a global response and an equitably-distributed vaccine as well as the impact the pandemic has had on minority and vulnerable populations