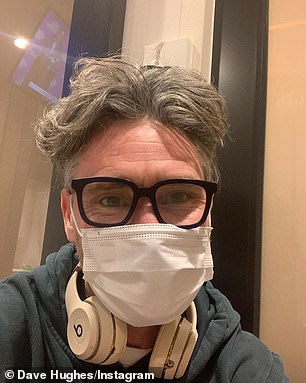 By Jessamy Tredinnick and Ali Daher For Daily Mail Australia

He’s joined the millions of Australian headed back into stage three lockdown amid the COVID-19 spike in Melbourne.

The 49-year-old comedian shared a selfie to Instagram on Friday of his signature grin hidden under a protective mask. 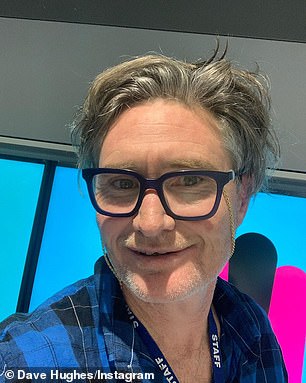 ‘Still smiling!’ Comedian Dave Hughes (pictured) smiled underneath his mask on Friday after going back into lockdown in Melbourne

It comes after he confirmed to Daily Mail Australia that The Masked Singer would be delayed due to travel restrictions between New South Wales and Victoria.

‘It’s delayed as far as I know,’ Dave said on Thursday. 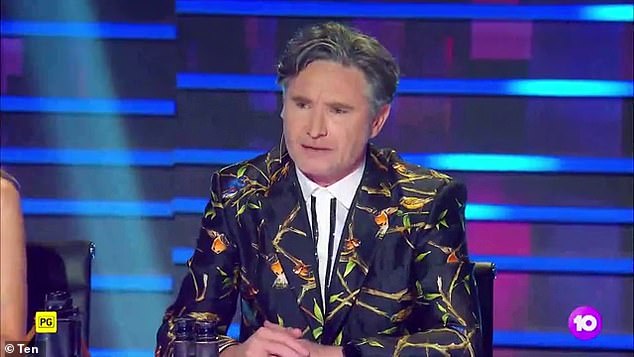 ‘It’s delayed as far as I know’: Dave, one of the judges on The Masked Singer Australia, confirmed to Daily Mail Australia this week production has paused

Season two of The Masked Singer was scheduled to begin filming later this month.

Jackie O is based in Sydney for her KIIS FM breakfast show, and the new rules mean she may not be able to travel interstate for a while.

This is despite the fact Channel 10 has already confirmed her return to the franchise. 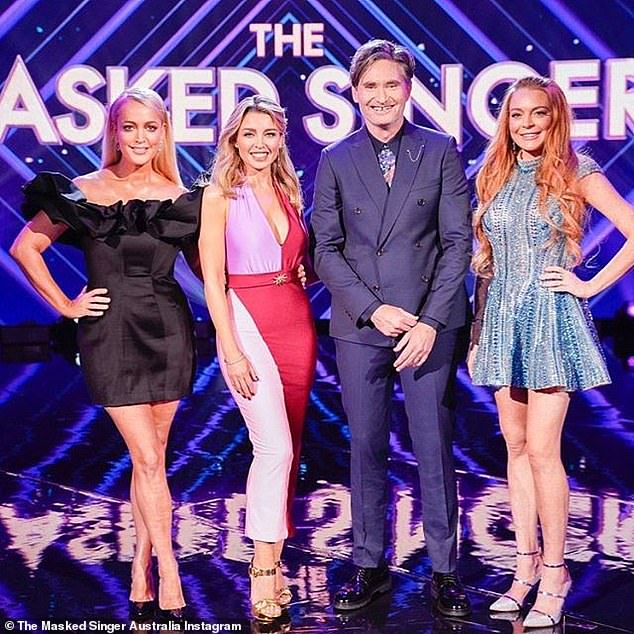 Watch this space: There may be more changes to come, after Melbourne was plunged into stage-three lockdown this week following a spike in coronavirus cases. Pictured (left to right): The Masked Singer judges Jackie O, Dannii Minogue, Dave Hughes and Lindsay Lohan

Host Osher Günsberg is also based in Sydney.

On Tuesday, Channel 10 announced it would be impossible for Lindsay Lohan to travel to Australia to join the local production due to the government’s restrictions on international travel.

Instead, she is said to be replaced by Auckland-based comedian and actor Urzila Carlson, according to  the Herald Sun on Friday. 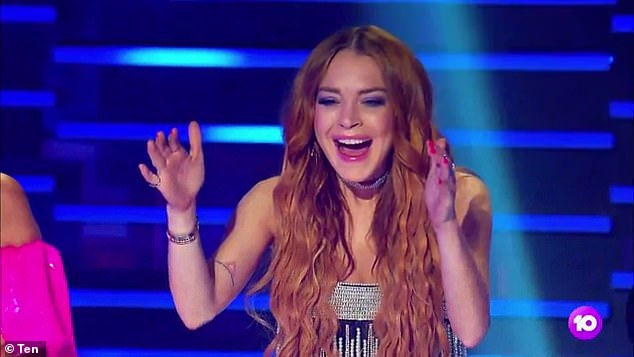 No internationals! Earlier this week, it was revealed that Lindsay Lohan wouldn’t be able to return to Australia to film The Masked Singer due to COVID-19 travel restrictions