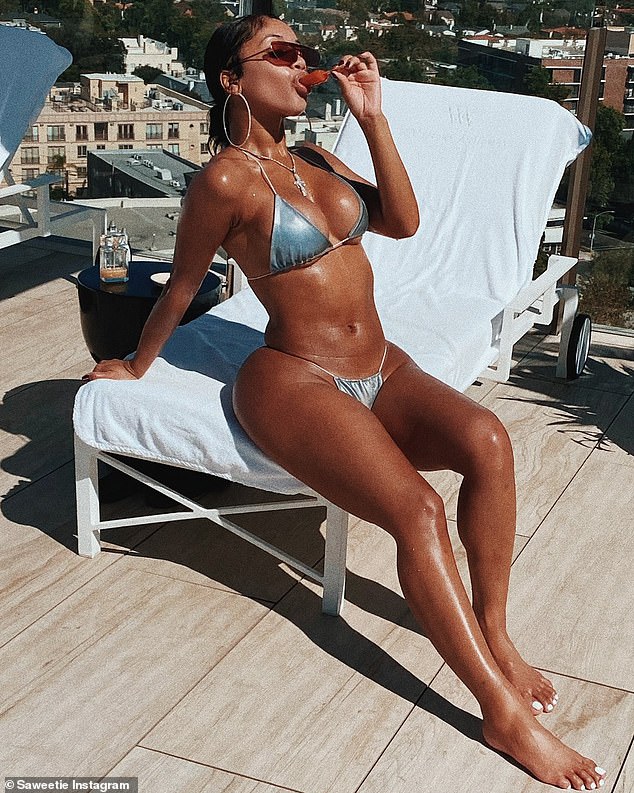 By Sameer Suri For Dailymail.com

Saweetie showed off her smoldering summer body as she enjoyed a popsicle on Instagram this Friday.

The 27-year-old slipped into a barely-there bikini that emphasized her assets and enjoyed a dip in the pool.

She could also be glimpsed on her Instagram page lounging on a deck chair and soaking up some sun on a terrace.

Looking fab: Saweetie showed off her smoldering summer body as she enjoyed a popsicle on Instagram this Friday

Saweetie accessorized her swimsuit with a sleek pair of sunglasses and added a touch of dazzle with hoop earrings.

The sizzling sensation, who is dating Quavo of Migos fame, captioned: ‘da vitamin D always give me that glow.’

Earlier this summer the showbiz hot couple gave an interview to GQ and recalled their first date, which ended with them witnessing a strip club brawl. 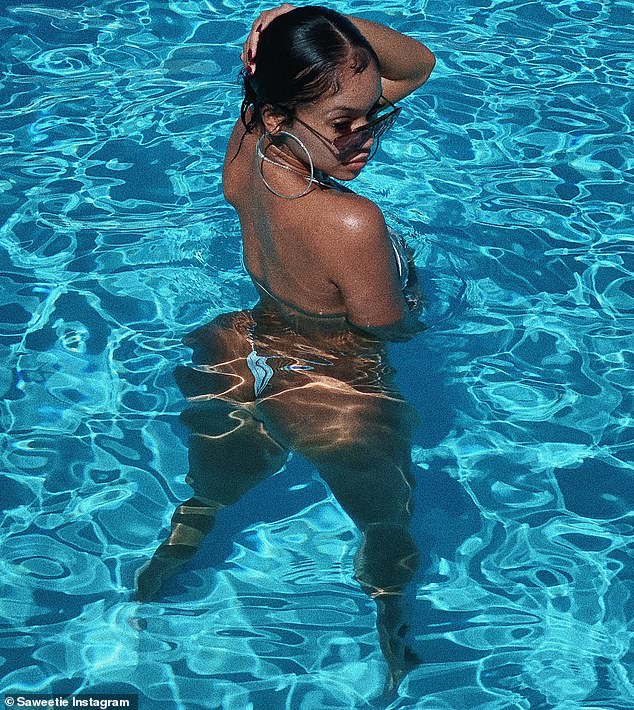 Sizzling sensation: The 27-year-old slipped into a barely-there bikini that emphasized her assets and enjoyed a dip in the pool

The date got off on the wrong foot during dinner at a posh Atlanta steakhouse when a crab cake got stuck in Quavo’s throat.

‘I’m still getting to know him, so I feel awkward because he’s, like, choking at the table,’ said Saweetie, who has Gabrielle Union for a cousin.

After he showed her around his recording studio they ultimately wound up at the iconic Atlanta strip club Magic City. 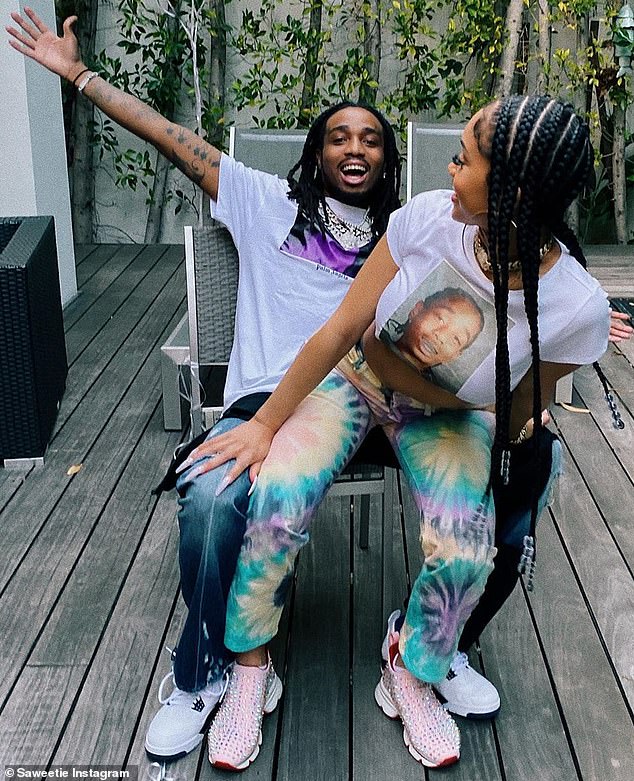 Look of love: Saweetie, who has Gabrielle Union for a cousin, is now dating Quavo of Migos

Quavo recalled that when a fight began in the venue ‘I didn’t know if it was on some gang s***, so it was like: “Let’s get to the car!”‘

He confessed: ‘All this time, I forget I’m having a date! She catches up and cussed me out in front of Magic City.’

Saweetie remembered the incident as well, saying she ‘could’ve fought’ Quavo, and he quipped: ‘And we ain’t look back since.’