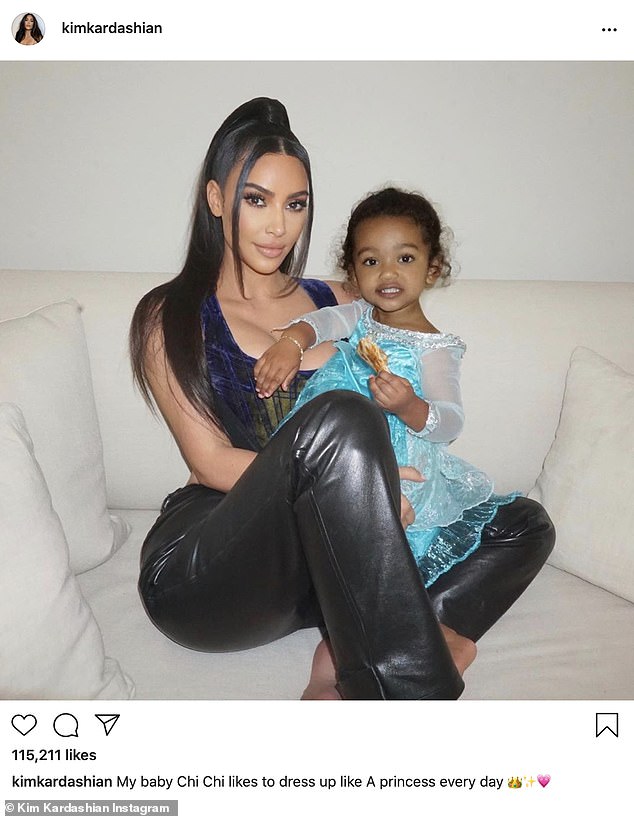 Amid a storm of family drama, Kim Kardashian enjoyed a lighter moment with her two-year-old daughter Chicago on Wednesday.

The 39-year-old reality shared a heartwarming Instagram photo of herself cradling her toddler, who was all dressed up as Elsa from Frozen.

‘My baby Chi Chi likes to dress up like A princess every day,’ wrote Kim, who shares her four children with her husband Kanye West.

‘My baby Chi Chi’: Amid a storm of family drama Kim Kardashian enjoyed a lighter moment with her two-year-old daughter Chicago on Wednesday

Kim was herself decked out in a typically fashionable ensemble of a glinting blue corset top and a pair of black leather trousers.

Her latest post comes after she, Kanye and the children returned to the United States following a trip to the Caribbean that was allegedly to save the marriage.

‘They had a good family week in the Dominican Republic,’ an insider dished to People magazine over the weekend. 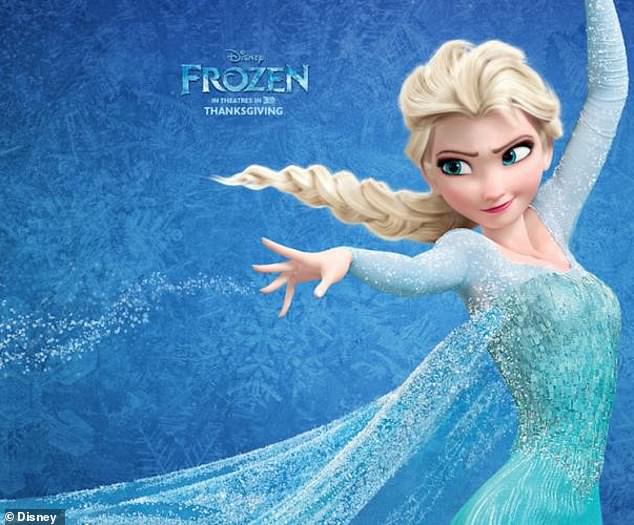 Record-breaker: Idina Menzel voiced Elsa in the 2013 Disney movie Frozen, which became the highest-grossing animated film of all time 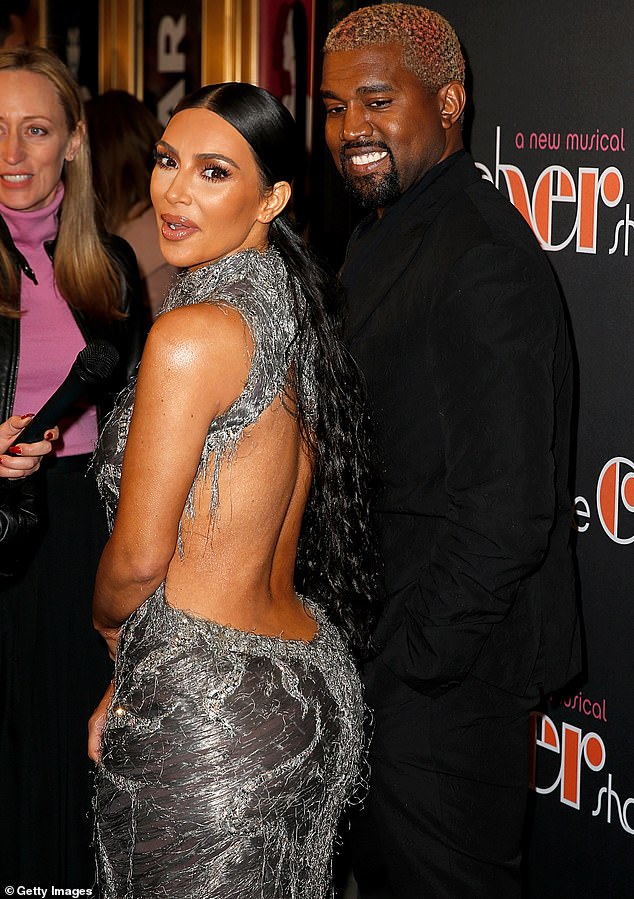 As seen in 2018: Her latest post comes after she, Kanye and the children returned to the United States following a trip to the Caribbean that was allegedly to save the marriage

‘Kim and Kanye are getting along. They both seem much happier,’ continued the insider on Sunday, the day the family arrived in Miami.

A source shed light on Kim’s state of mind: ‘Between the kids, work, and dealing with Kanye’s bipolar episodes, it’s been hard for her to think clearly.’

Kanye praised Kim’s mother Kris Jenner on Twitter this Tuesday just weeks after denouncing her on Twitter as ‘Kris Jong-Un.’ 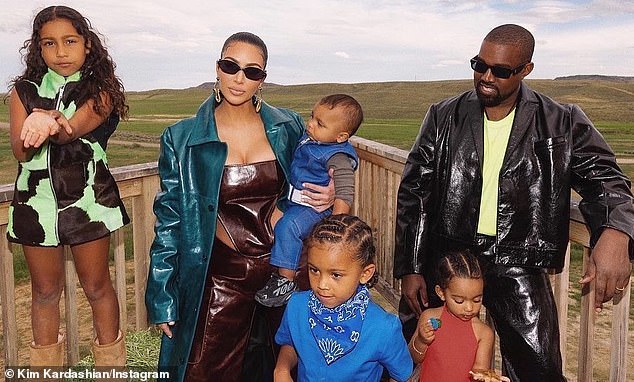 During the Caribbean trip a The Sun insider said Kim ‘offered to fully support a 2024 run for president if he got help and listened to the political consultants they hired.’

However the source also claimed that he refuses to budge from the idea of running this year, saying: ‘Kanye seems set on what he calls “God’s plan” – that he becomes president. He’s saying it’s a higher calling.’

Kim flew to Wyoming on July 27 for marriage crisis talks with Kanye and then returned home to Los Angeles while he stayed put.

After his presidential campaign rally on July 19 in which he tearfully revealed he and Kim considered aborting North, he launched into a days-long string of Twitter rants denouncing his wife and his mother-in-law. 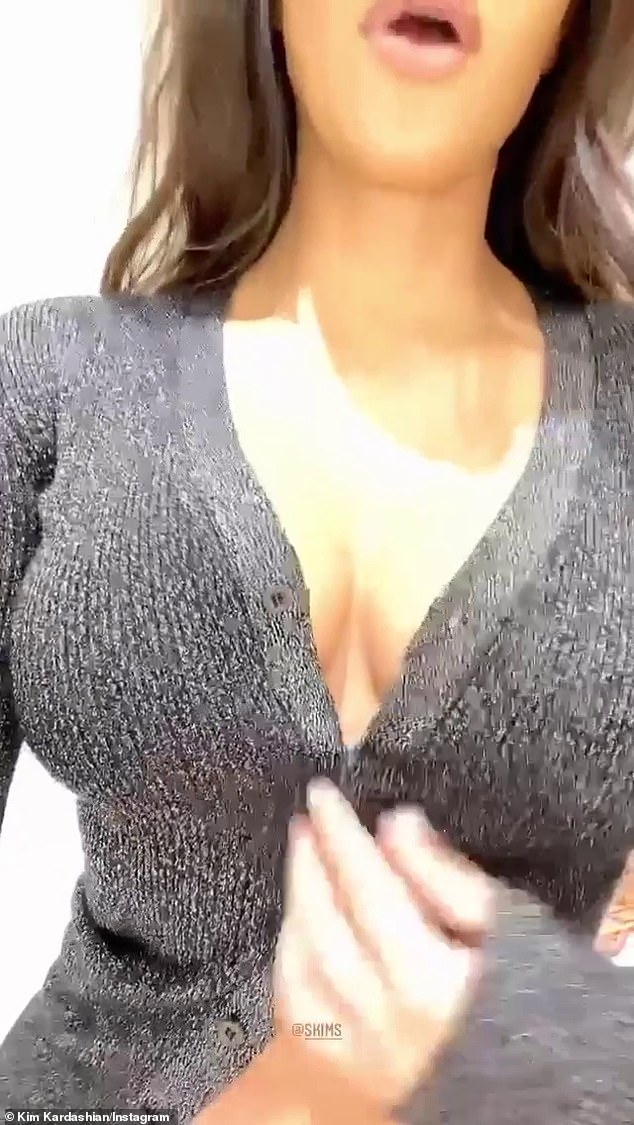 Plugging away: Kim recently made an appearance on her social media to get back to promoting her shapewear line SKIMS

He claimed Kim and Kris tried to have him committed and accused his wife of having an inappropriate relationship with the rapper Meek Mill.

Kanye, who called Kris a ‘white supremacist’ in one of his outbursts, also posted and deleted a tweet claiming he was ‘trying to divorce’ his wife.

Amid her husband’s Twitter outbursts Kim, who was reportedly livid that he shared the abortion story publicly, made a statement saying the family was ‘powerless’ to intervene in Kanye’s bipolar disorder issues inasmuch as he is an adult.

Kanye eventually suspended the tweet storms, apologizing to his wife ‘for going public with something that was a private matter.’ 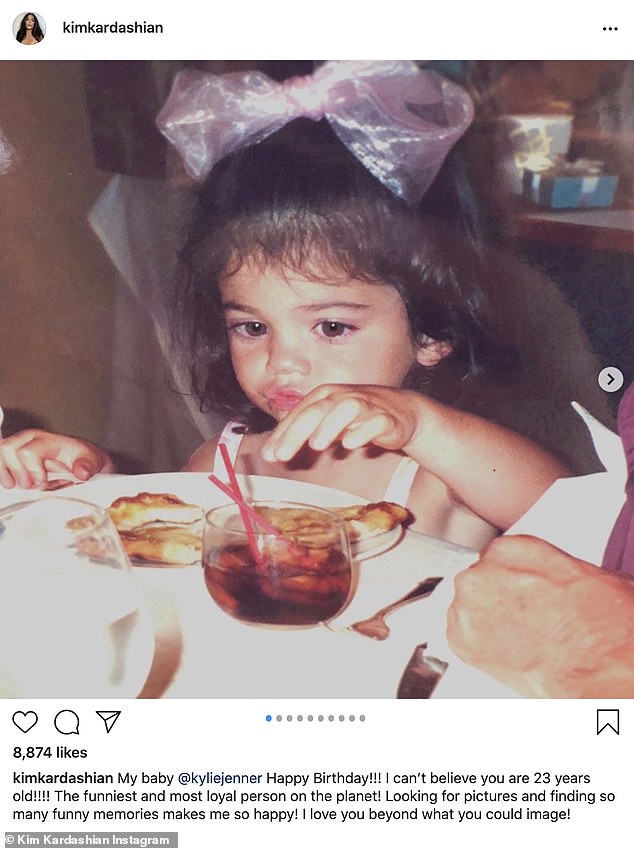 Sister act: Earlier this week Kim fired up her Instagram page to wish a happy 23rd birthday to ‘The funniest and most loyal person on the planet,’ her half-sister Kylie Jenner

However a few days after his crisis talks with Kim he broke his silence on the social media platform to address the campaign rally.

‘I cried at the thought of aborting my first born and everyone was so concerned about me… I’m concerned for the world that feels you shouldn’t cry about this subject,’ wrote the Power rapper.

He followed that up with a Tweet that claimed: ‘There is a tactic of 4 D’s Distract Discredit Dismiss To Destroy.’

Kanye continued in the same tweet: ‘I am quite alright Take a second and think about what is being projected here.’