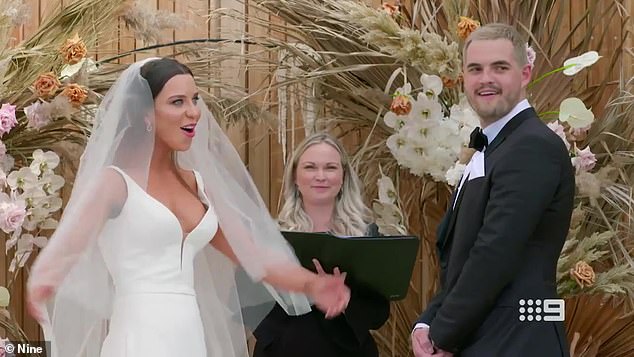 Meet the wildest Married At First Sight bride ever: Sam Carraro is left terrified by ‘boisterous’ Pilates instructor Coco Stedman as she gets clingy and boasts about her WAP-dance skills

Do you have a story about a MAFS star? Email [email protected]

An over-the-top, boisterous bride left her groom speechless during their wedding ceremony on Tuesday’s episode of Married At First Sight.

Melbourne construction worker, Sam Carraro, appeared anything but impressed after meeting his wife, Coco Stedman, at the altar.

On her way to the her wedding, Coco, 30, showcased a little of her wild personality and appeared overexcited at the possibility of meeting her dream husband.

Not what he ordered: Melbourne construction worker Sam Carraro (right) appeared anything but impressed after meeting his wife Coco Stedman at the altar

‘It’s go time, baby! It’s time to meet my husband,’ she yelled out in excitement.

‘I don’t know what to say when I walk up to him… “Hey, I’m Coco, just like a chocolate milkshake, only crunchy,”‘ she added with a laugh.

Speaking to the show’s producers upon her arrival at the wedding, the energetic bride said she was hoping to find ‘the Kanye to her Kim’ on the experiment. 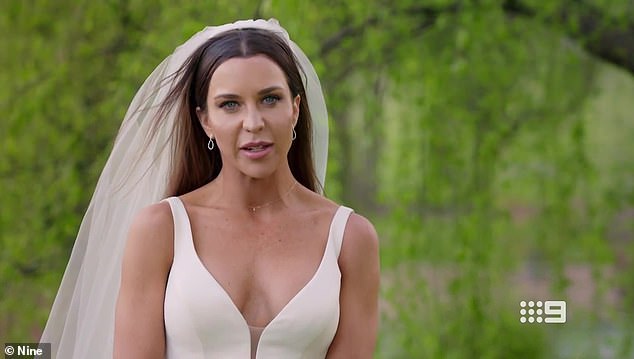 Looking for love: Speaking to producers upon arrival, the energetic bride said she was hoping to find ‘the Kanye to her Kim, hopefully’ on the experiment

Coco said while she understood that it wasn’t going to be a completely perfect match, she believed in ‘vibes at first sight’.

While exchanging vows, Coco joked that she ‘should have just written out WAP’, referencing Cardi B’s raunchy hit.