Mathew Knowles was visibly upset to find out people had been comparing his superstar daughter Beyonce to her protege, Chloe Bailey.

The record executive, 69, could not hide his dismay after he was asked about the comparisons that were being made between Chloe, 22, and a younger Beyonce during an interview on the YouTube show, Leah’s Lemonades.

Mathew called those who compared the two singers ‘idiots’, and even said the concept was an insult to his daughter Beyonce, 39.

‘They’re an idiot’: Mathew Knowles was not happy finding out people had been comparing his daughter Beyonce to her protege, Chloe Bailey, during an interview on the YouTube show Leah’s Lemonades

‘People constantly compare Chloe to Beyonce, a younger Beyonce. Do you see the comparison? Like the same thing that you saw in a young Beyonce, do you see that in a Chloe Bailey?’ host Leah A. Henry asked.

‘You gotta be kidding me, right? You asking me that question?’ Mathew asked, clearly perplexed by the question.

‘Yes, I want to know!’ the interviewer replied with a laugh.

Mathew seemed to truly take offense to the question.

‘You gotta be kidding me, right?’ Knowles was visibly upset to learn people were comparing his daughter to the young star

‘Someone is an idiot enough to compare’: Knowles was flabbergasted by the concept 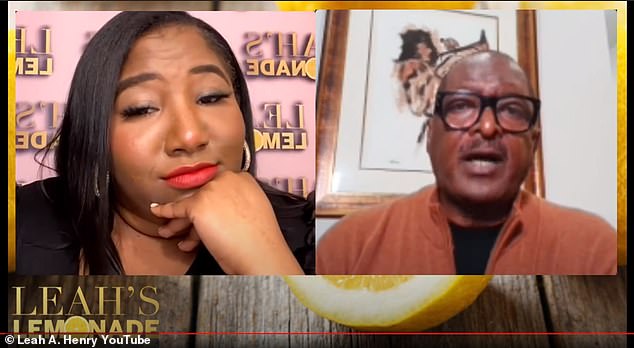 Whoa: Mathew seemed to truly take offense to the question

‘Are you actually serious that you are comparing that young lady to Beyonce?’

‘People say if there was anyone to play a biopic,’ Leah clarified.

‘Okay if you’re talking about someone was doing a movie,’ he continued.

‘But people compare them!’ Leah insisted.

‘Talent wise!? Are you telling me, talent wise, somebody is an idiot enough to compare her to Beyonce, talent wise?’ Mathew said. 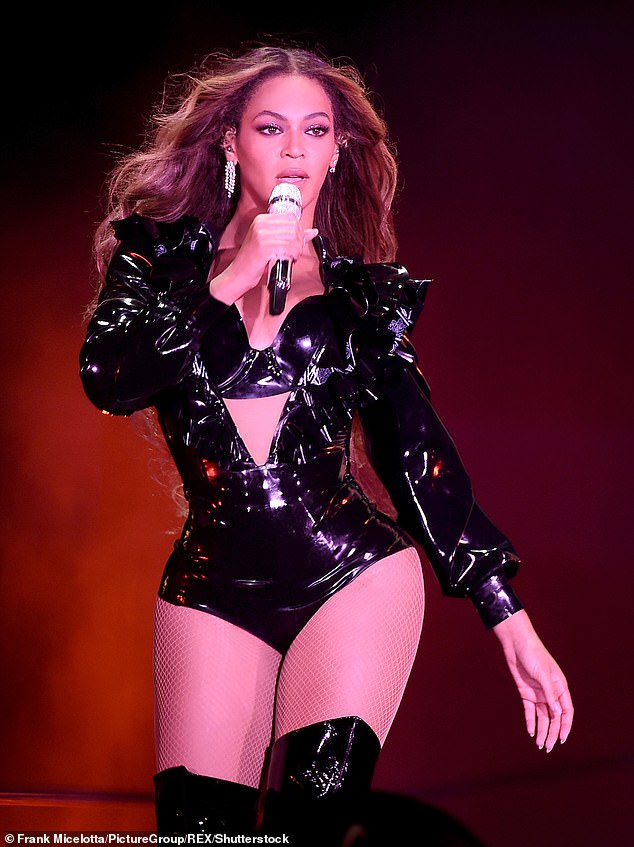 Sing it! Beyonce wowed audiences during her On The Run II Tour in 2018 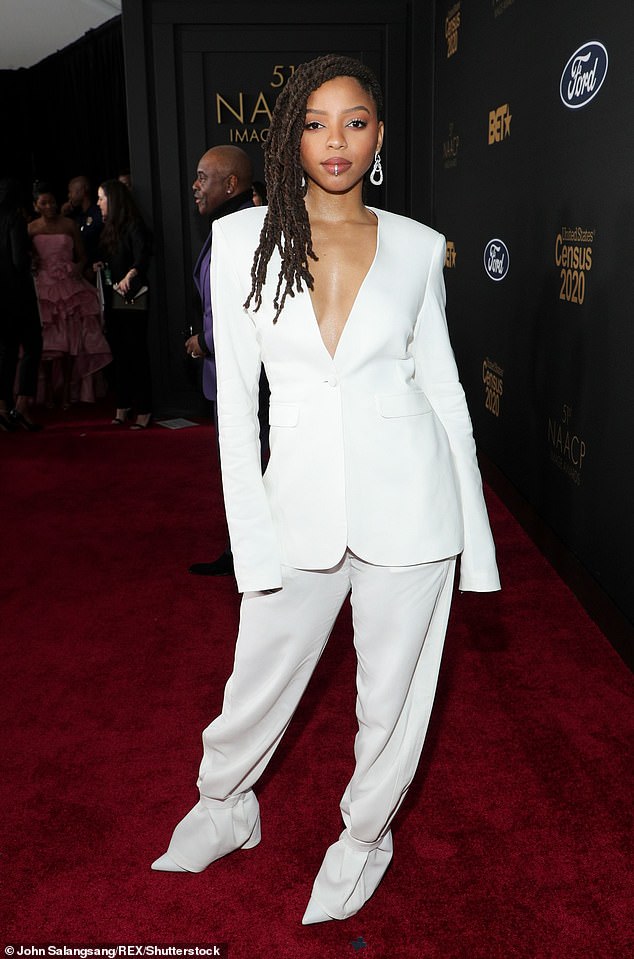 Star in the making: Chloe Bailey and her sister Halle were nurtured to fame by Beyonce after signing to her Parkwood label in 2016

‘They say she is literally like a young Beyonce in the making,’ Leah said.

‘I’m asking you a yes or not question,’ Mathew asked. ‘Are you telling me, someone is an idiot enough to compare her to Beyonce, talent wise?’

‘She’s very talented, but Beyonce is up here,’ she said, raising her hand.

‘Yes or no, are there people saying her talent is equal to Beyonce? They’re an idiot, period.’ 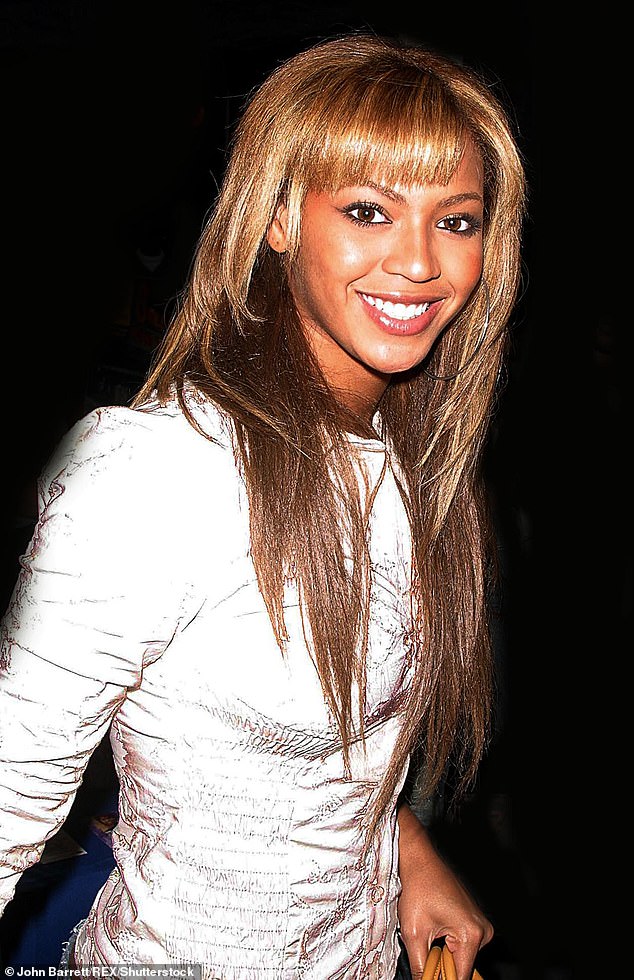 ‘Well boop. Well there you have it,’ the host said.

‘That’s actually insulting to Beyonce. If you want to call out some Barbra Streisand, some people like that. Come on now, really!?’

Mathew was so upset by the question he even insisted on ending the topic of conversation. 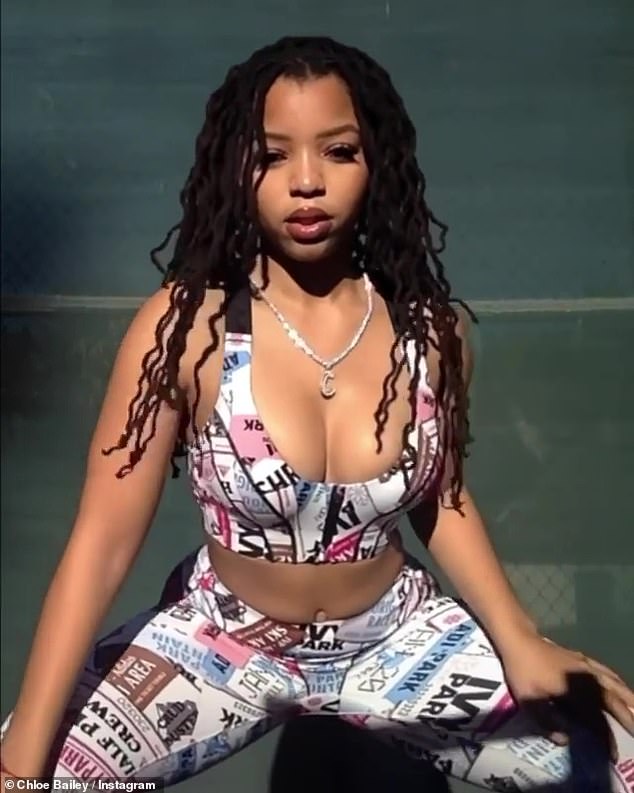 ‘I want to get off this topic. I don’t even want to talk about it,’ he said.

Beyonce nurtured the Chloe and her sister Halle to fame by signing them to her Parkwood label in 2016.

‘Ladies, I am so, so proud you,’ she told her proteges as she presented the award to them in December 2020.

‘You’ve done this, with authenticity, with grace, with raw talent, and you’ve managed to shine in every room you enter. And I’ll always love you.’ 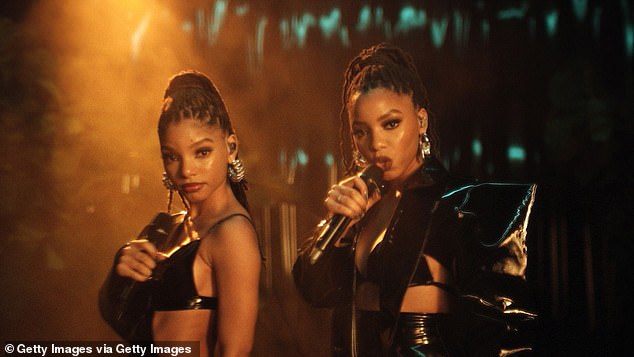