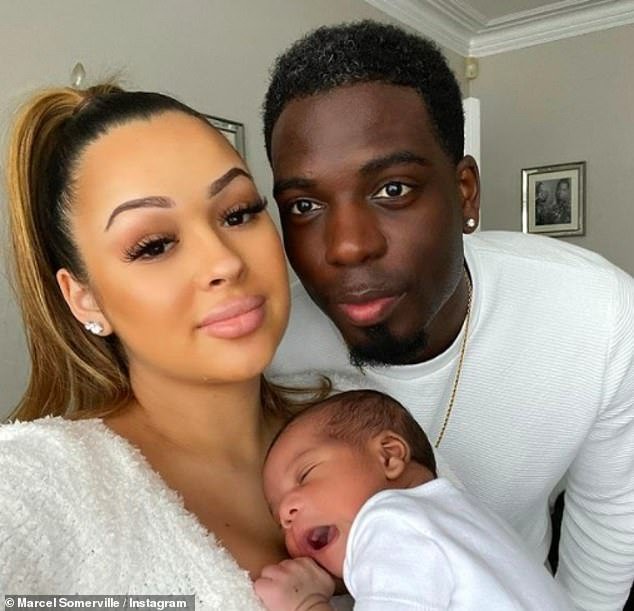 Marcel Somerville has revealed his Portugal wedding to fiancée Rebecca Vieira is postponed, while responding to speculation that the 2021 series of Love Island will take place in the UK.

The former Love Islander, 35, welcomed a baby boy called Roman with his partner in February, and he spoke about his plans for the rest the year which includes spending quality time with his family.

He also shared his reservations about the next installment of the reality dating show, which he starred on in 2017, after ITV bosses confirmed it will go ahead this summer.

Family: Marcel Somerville has revealed his Portugal wedding to fiancée Rebecca Vieira is postponed, while responding to speculation that the 2021 series of Love Island will take place in the UK

‘So hopefully, the year kind of like picks up and like, frees up towards the end of it more.

‘But I’m really just looking forward to spending as much time with my fiancée and my son as possible. And then hopefully we can go on a holiday.’

He continued: ‘We were meant to be going to Portugal in August, but obviously that’s probably not going to happen, but, to start organising the wedding. So yeah, there’s a lot going on.’ 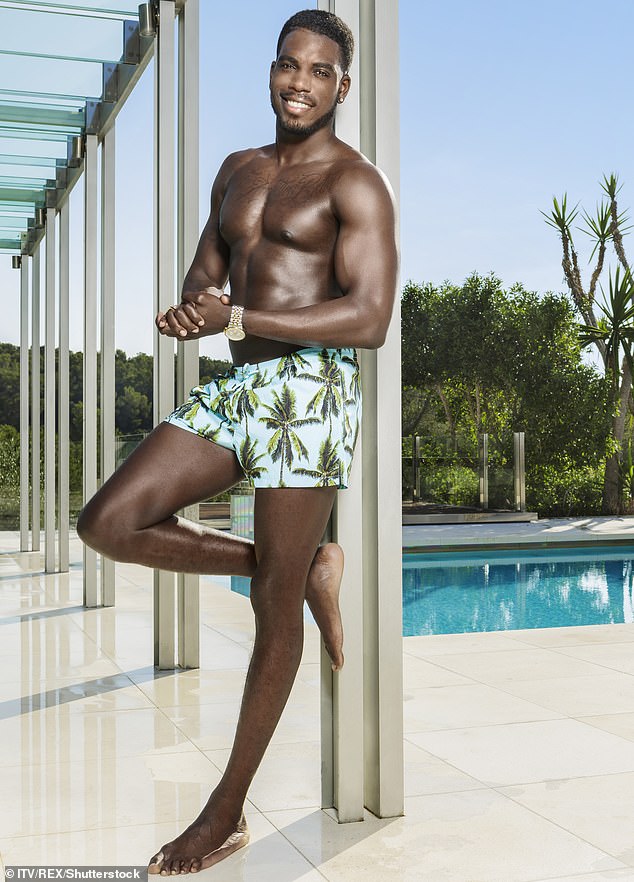 Smile: The star, 35, who appeared on the 2017 Love Island series (pictured) welcomed a baby boy called Roman in February, and spoke about his plans for the rest the year on Thursday

‘Yes, god!’ FUBAR host Stephen Leng responded. ‘Are there any other wedding plans other than that? Or are you thinking about, you might have to postpone it? I mean I don’t know like.’

Marcel responded: ‘Well, I think we’ve always said that that’s what we were going to do.

‘So, I think we may have to postpone it for a little bit, just to make sure we can secure it. Because we know the kind of venue we want, you know what I mean? Portugal is a lovely place to get married.’

Also on Thursday, ITV released their bumper spring schedule, after months of uncertainty regarding whether Love Island would return this year due to the coronavirus pandemic. 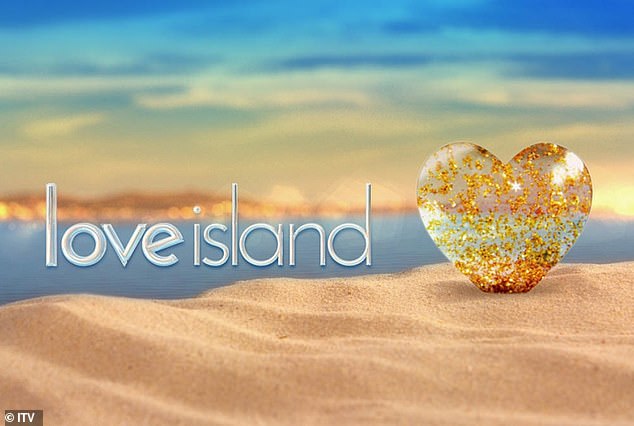 The much-loved ITV2 programme will be back with a bang, with producers working on ‘every contingency plan’ to ensure this year’s series goes ahead

Stephen said to Marcel about the show: ‘There’s been some stuff about Love Island.

‘Apparently, they’re talking about doing it in the UK this year. What do you make of that? Would you be interested in watching that?’

‘It’s snowing right now. You know what I mean? Who knows how it will be. But I suppose they could do it like in the rain, people with umbrellas or something like that, I’m not too sure.’

Stephen added: ‘I think an indoor pool would be the only way.’

‘Exactly, they will probably have to do,’ Marcel said. ‘They probably have to be like an indoor kind of, they can put like the big sun lights up, and have sun beds everywhere so that they still get their tans and all that kind of stuff.

‘Hopefully they can do it because I know everyone in the whole entire world is missing Love Island.

‘Like, Love Island is such a massive show over here and abroad. So, I think if they can work it out and they can get a plan, it’ll be great for people to like binge it during this lockdown.’