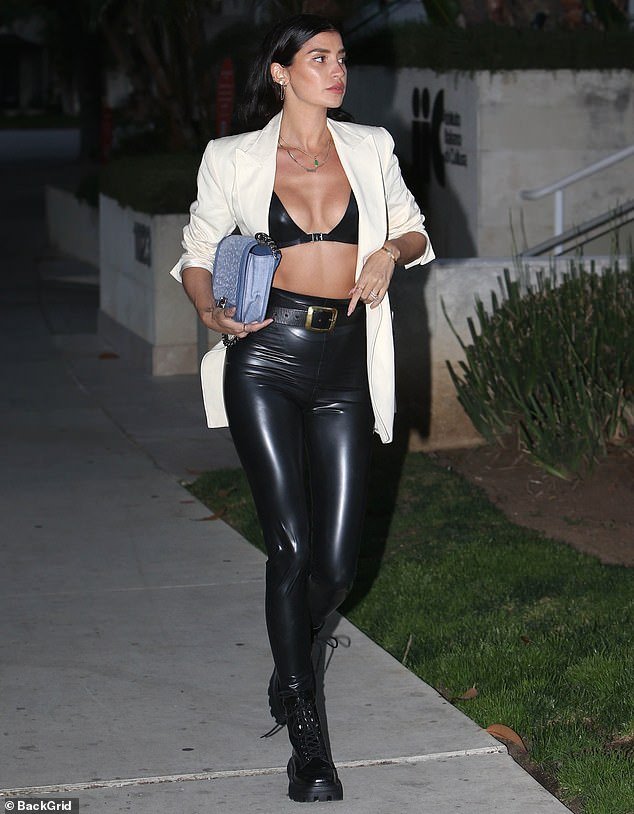 
Nicole Williams was spotted stepping out for a solo stroll in Beverly Hills on Wednesday evening.

The 34-year-old WAGS star appeared to be enjoying her time outside as she flaunted her athletic figure while taking a walk along the city’s sidewalks.

Looking good! Nicole Williams was spotted showing off her impressive physique while taking a solo stroll in Beverly Hills on Wednesday evening

Williams’ outfit included a draping white double-breasted jacket, and she pulled its sleeves up to just below her elbows for part of her excursion.

She contrasted her outer layer with a leather Saint Laurent bra, which exposed much of her impressively sculpted midsection.

The model paired her top with a form-hugging pair of pants that clung tightly to her legs and thighs, as well as a set of high-top boots.

During her outing, the social media figure accessorized with several articles of jewelry worn on various parts of her body while her luscious black hair cascaded onto her backside. 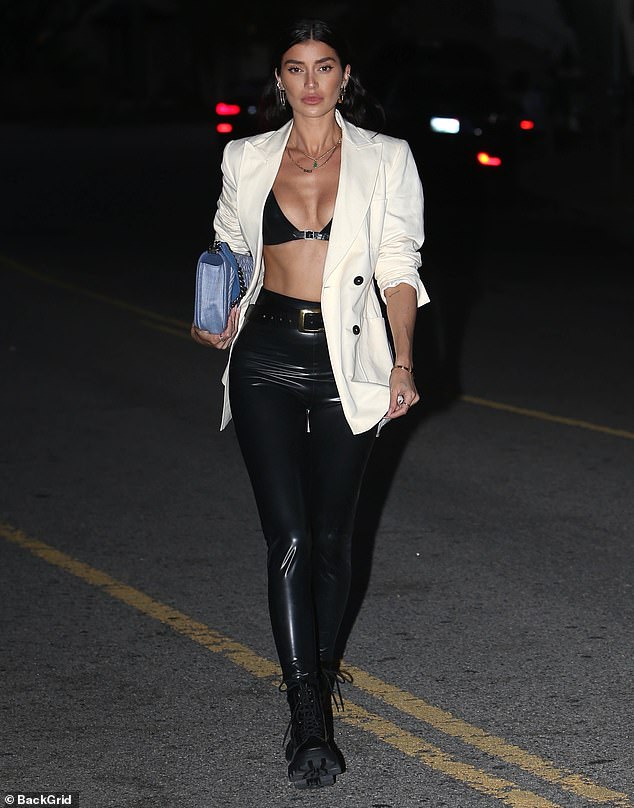 Eye-catching outfit: The social media personality wore a leather Saint Laurent bra and a matching pair of form-hugging pants during her excursion 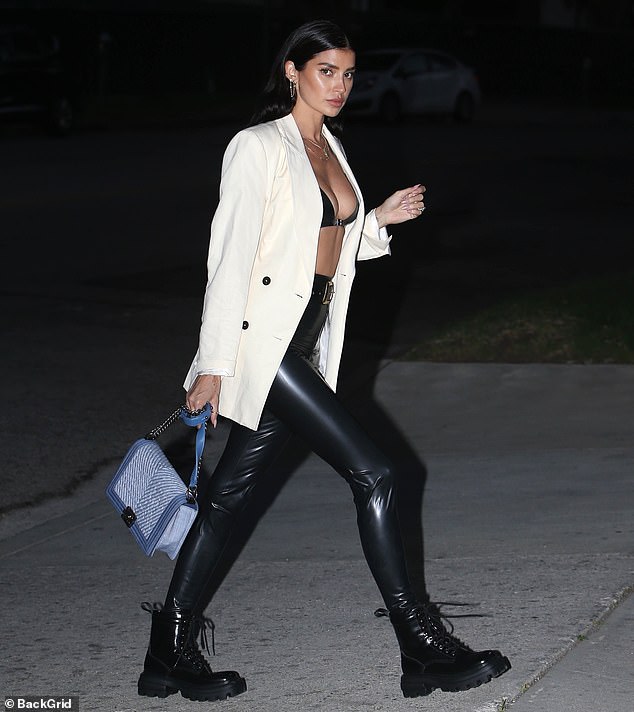 Complementary colors: The reality television star added an element of contrast to her outfit with a draping white double-breasted jacket

The influencer is well known for her collaborations with various clothing brands, such as Alo and PrettyLittleThing, among others.

On Wednesday, the model posted a set of photos to her Instagram account to promote a recently-released set of items from Rihanna’s lingerie line, Savage X Fenty.

In the shots, the reality television personality was pictured wearing a lime green patterned bra with a matching miniskirt, both of which placed an emphasis on her jaw-dropping form.

She paired her items from the entrepreneur’s line with a slightly oversized black coat for her first shot and a lengthy leather jacket for her final two photos. 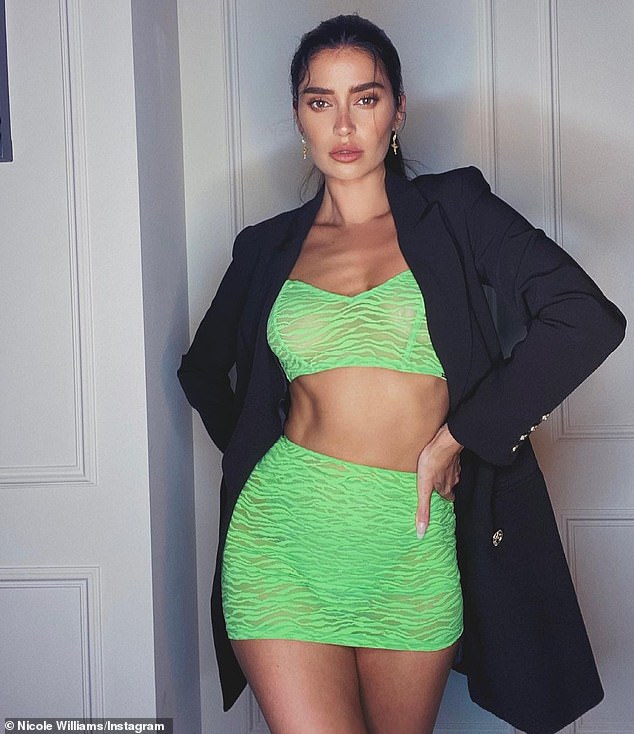 High-profile promo: On Wednesday, Williams posted a set of photos as part of a collaboration with Rihanna’s lingerie brand Savage X Fenty

During an interview for Taylor Magazine, Williams spoke about how she transitioned from modeling to television work during the shooting of WAGS and how she has been able to cope with the drastic changes.

The social media personality then expressed that, while her career may seem demanding to many, she has had to constantly strive to boost her profile as a model in order to reach the level of success she currently enjoys.

‘It’s a lot of work and a lot of people get discouraged from something being hard work…Everything leading to where I am now was hard. Things take time,’ she remarked. 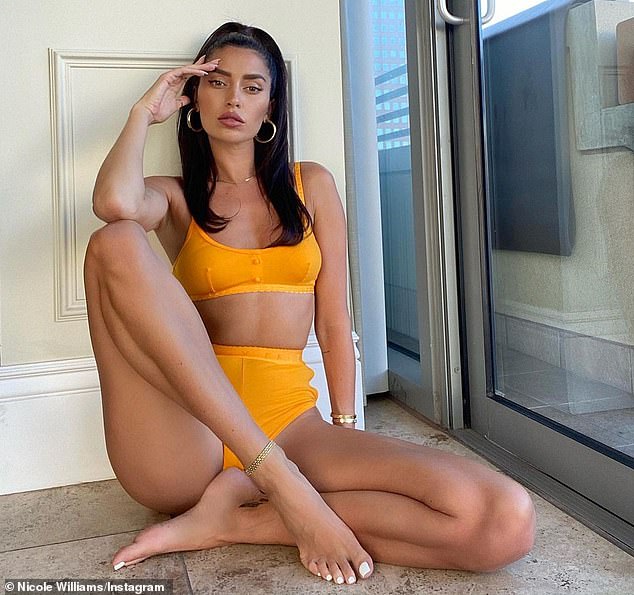 Not a big deal: During an interview with Taylor Magazine, Williams expressed that she found it easy to move from modeling to television work as she has ‘always been used’ to being featured in front of cameras