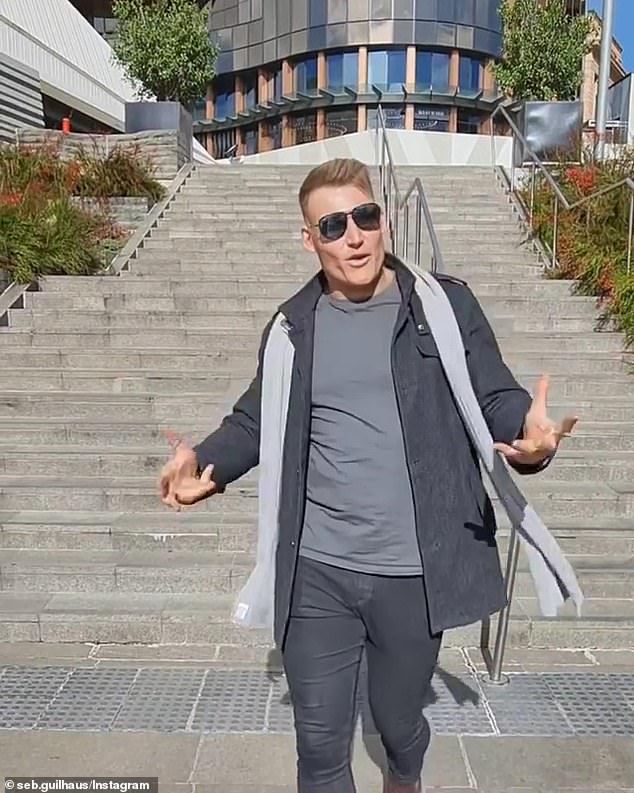 By Alisha Buaya and Chloe-lee Longhetti For Daily Mail Australia

Married At First Sight’s Seb Guilhaus has been in a very positive mood amid speculation he and his TV bride Elizabeth Sobinoff have reconciled.

He hummed along to the tune of Singing In The Rain and appeared to dance to it as he walked down a set of stairs outside of the SkyCity Adelaide.

Something to sing and dance about? Married At First Sight’s Seb Guilhaus sung and danced in an Instagram video on Tuesday urging fans ‘filter out the negative’ and ‘focus on the positive’  – all amid rumours he’s back with Elizabeth Sobinoff

The former reality TV star sent his followers words of encouragement – suggesting that they take positive actions in life and move away bad behaviour that  ‘closes down’ opportunities.

In the caption he said: ‘There is something to the law of attraction.

‘To adopting a growth mentality… being open minded… filtering out the negative focuses and honing in on the positives… the silver linings which are always there… engaging with other people,’ he said.

He also noted that while processing emotions and sadness is necessary, it is important to ‘strike out with glorious intent to reclaim your bliss!’