Demi Lovato and G-Eazy looked to be the best of friends as they shot a music video for an unreleased track on Thursday.

The collaborators were seen embracing after walking arm-in-arm during a nighttime shoot on the streets of Los Angeles.

Demi, 28, rocked a full denim jumpsuit and a slicked mullet while the rapper, 32, slipped his lanky frame into cropped jeans and a preppy white cardigan.

Collaboration: Demi Lovato, 28, and G-Eazy, 32, team up for a new collaboration, as the entertainers are seen shooting a music video together in Los Angeles late Thursday

The Confident singer — who came out as non-binary last month and uses pronouns they/them — showed a bit of skin in the plunging number and paired the look with shiny platform boots.

Their usual pixie cut was transformed into a mullet and they sported dramatic makeup that wouldn’t wash out on camera.

The No Limit rapper put his arm around Demi as he wore stylish jeans and a white T-shirt with a cardigan.

He slipped his feet into a pair of black and white loafers and displayed his signature slick hairdo with one tendril on his forehead. 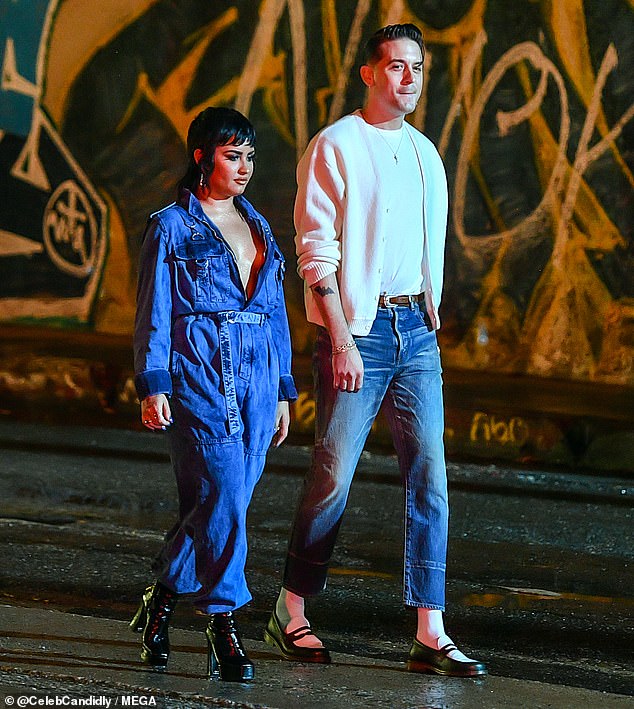 Denim: The collaborators both wore denim outfits as Demi rocked a plunging jumpsuit and the rapper sported cropped jeans 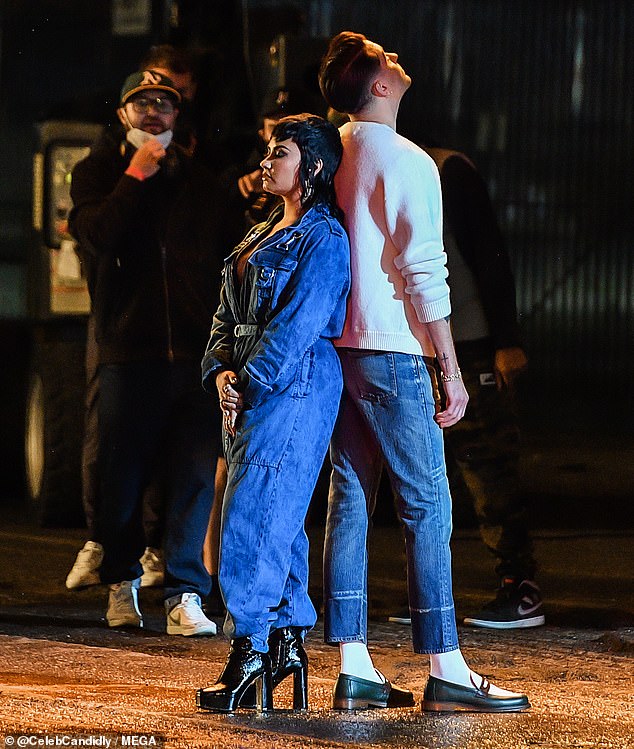 Variety: While on set the pair were seen doing various takes including some walking and posing shots by a heavily graffitied wall

While on set the pair were seen doing various takes including some walking and posing shots by a heavily graffitied wall, and at one point they put their backs together before sharing a hug.

Back in 2018, the two had fielded dating rumors after they were seen holding hands in a club, but the rapper told ET afterwards that Demi was ‘just a friend.’

Though the name of the duo’s collaboration has yet to be revealed they have been shooting the music video for the last two days, and the song is reportedly off his upcoming record.

In a 2020 interview with Hit Up Ange, G-Eazy revealed that his new album would feature Lovato as well as a few other heavy hitters.