Former child star Jojo, 30, shows off her mature new look as she opens up about shooting to fame at age 13 with the hit ‘Leave (Get Out)’

And on Friday, Joanne ‘Jojo’ Levesque showed that she’s all grown up now during an appearance on Australia’s Today Extra.

The songstress, now 30, looked completely different to her days as a child star. 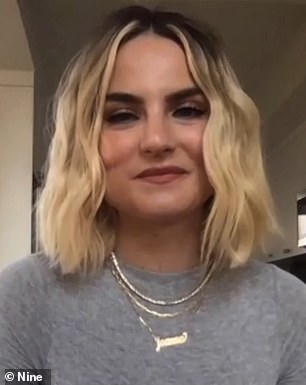 Before and after: Singer Jojo appeared on Australia’s Today Extra on Friday (right), more than fifteen years since shooting to fame as a 13-year-old (left)

During the interview, Jojo admitted that she developed a huge ego as a teenager after finding overnight fame.

‘I coped with it as best as I could. I mean, my head definitely got big,’ she said. 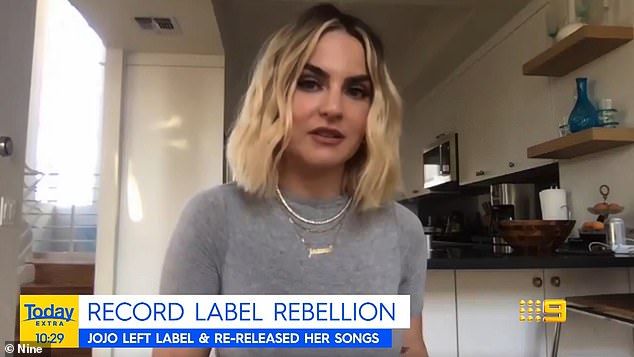 All grown up! The 30-year-old now has short blonde crimped hair with dark roots, and wears heavy, dark makeup

‘I was pretty excited about myself. I was an only child,’ she continued.

‘I was living my dream and there was a lot of access and a lot of yesses and just things that were beyond my wildest dreams.’

Jojo became an instant star when ‘Leave (Get Out)’ was released in 2004.