Baby, it’s cold outside! Sylvia Jeffreys and Peter Stefanovic rug up as they enjoy a stroll with their two sons Oscar, one, and Henry, two months

The power couple went for a stroll with their two sonsn Oscar, one, and Henry, two months, around the Eastern Suburbs.

The journalists looked every inch the busy parents during the walk.

Stroll: Sylvia Jeffreys, 35, and Peter Stefanovic, 39, bundled-up as they enjoyed a stroll with their two sons Oscar, one, and Henry, two months. All pictured

Sylvia cradled baby Henry in a sling attached to her chest while Peter pushed the pram while checking his iPhone.

Sylvia was bundled up in the winter chill, wearing a pair of olive tights, a jumper along with a longline puffer jacket. 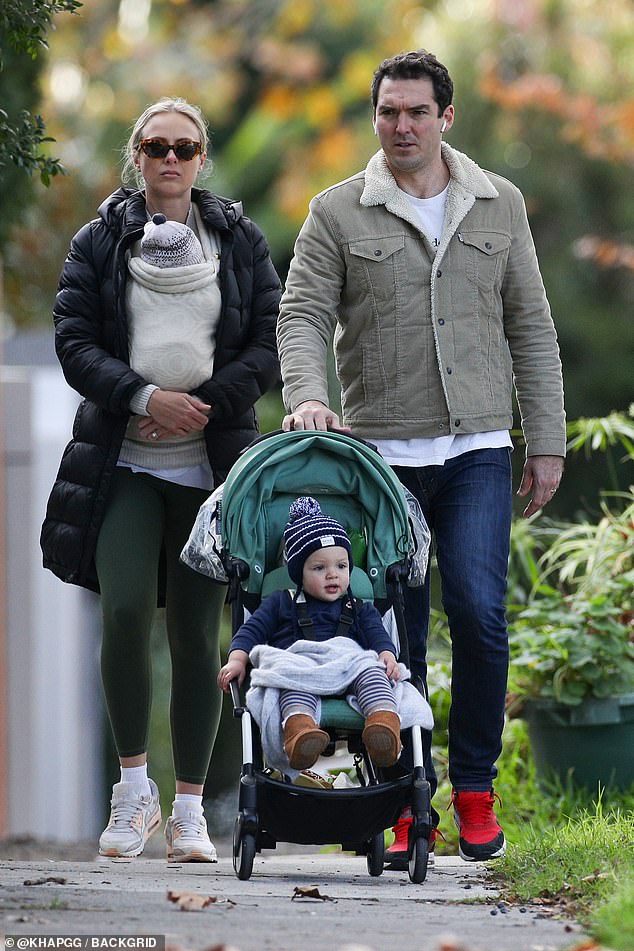 Family on the go! Sylvia and Peter looked every inch the busy parents during the walk. Adorable son Oscar looked happy in the pram

She finished her look with a pair of joggers and tortoiseshell cat-eye sunglasses.

Meanwhile, Peter rugged-up in a pair of jeans and a tan coat which he left buttoned-up to brave against the cold breeze. 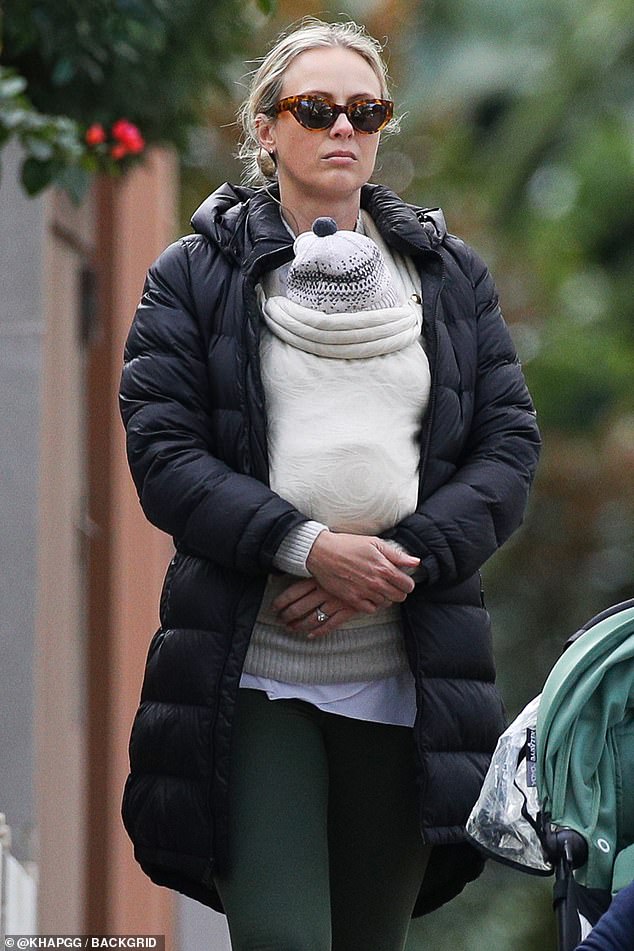 Stylish: Sylvia cradled baby Henry in a chest sling. Sylvia kept her look off-duty glam with her wearing a pair of olive tights, jumper along with a longline puffer jacket

Last month, the former Today show newsreader shared a sweet video to Instagram of her newborn clutching her hand.

‘Those teeny tiny baby hands,’ she captioned the close-up footage. 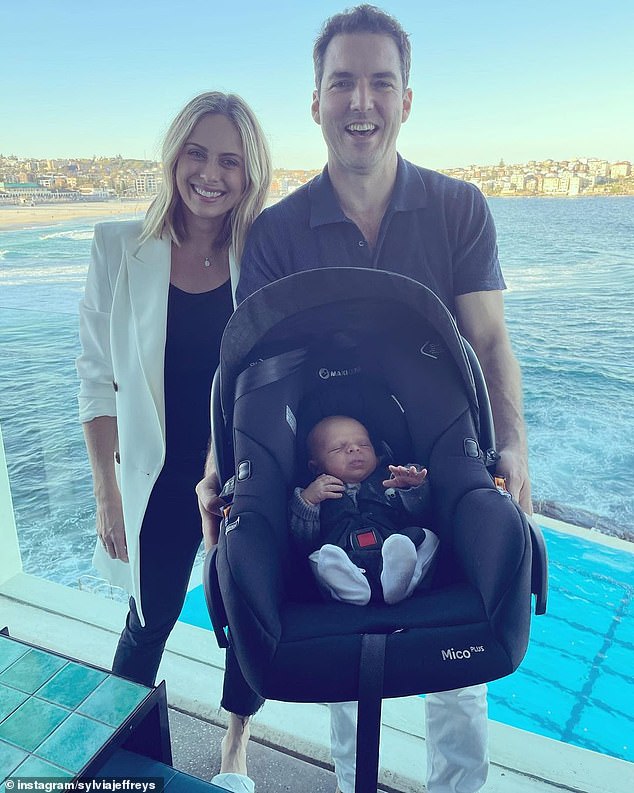 Exhausted: Just weeks after welcoming Henry, Sylvia celebrated her 35th birthday, and revealed at the time she was ‘so tired, but never [felt] better’