Family project! George Lopez, 60, is set to co-star with his DAUGHTER Mayan, 25, in the upcoming NBC comedy pilot Lopez Vs Lopez

He is known for his work on the hit sitcoms Saint George and Lopez.

And on Monday, it was announced by Deadline that George Lopez was set to become the star of yet another scripted comedy pilot, currently titled Lopez Vs Lopez.

The media outlet also reported that the project, which will air on NBC, will see the 60-year-old comedian starring alongside his 25-year-old daughter Mayan. ‘I cannot put into words my excitement and gratitude for this upcoming adventure with my dad,’ she said on Instagram.

Like father, like daughter: George Lopez is set to star alongside his child, Mayan, in the upcoming NBC comedy pilot Lopez Vs. Lopez; they are seen 2018

The forthcoming multi-camera series will focus on the trials and tribulations of a working-class family in modern America.

Lopez, along with series creators Bruce Helford and Debby Wolfe, serve as executive producers on the project, while Mayan also acts as a producer.

The former of the creators is best known for his work on the hit ABC comedy series The Conners, while the latter has contributed as a writer for shows such as One Day At A Time and Dog With A Blog.

Helford also notably co-created the hit sitcom George Lopez along with the comedian and Robert Borden. 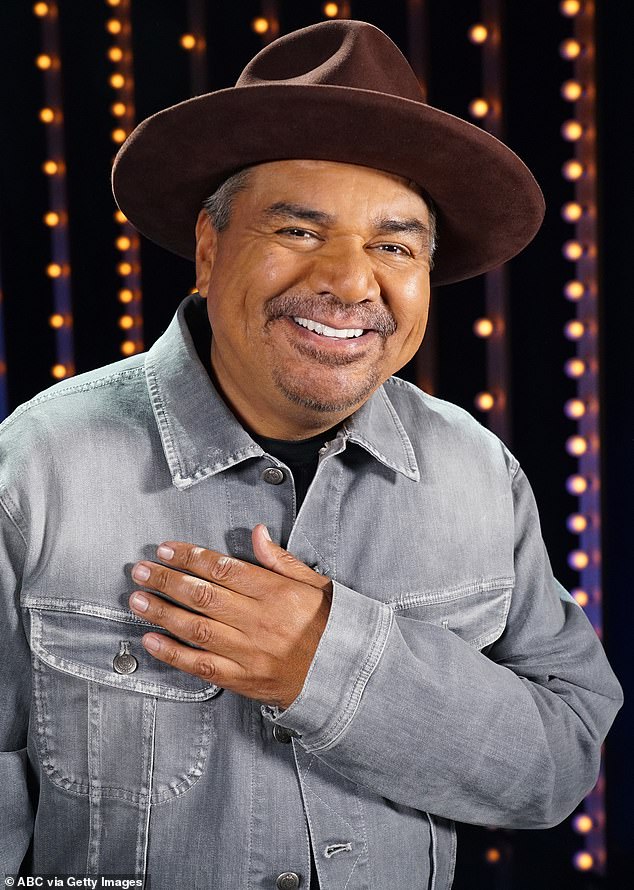 Storyline: The upcoming pilot will be centered on the trials and tribulations of a working-class family in modern America; Lopez is pictured in 2018

Mayan, whom the comedian shares with his former wife, Ann Serrano, previously made her debut as an actress on her father’s show at the age of 11.

The program originally ran on ABC for a total of six seasons, which aired from 2002 until 2007.

Sandra Bullock notably served as an executive producer on the comedy series.

Although the show did not do as well as expected during its original run, it has since experienced much popularity in syndication, especially on the adult-oriented block Nick at Nite. 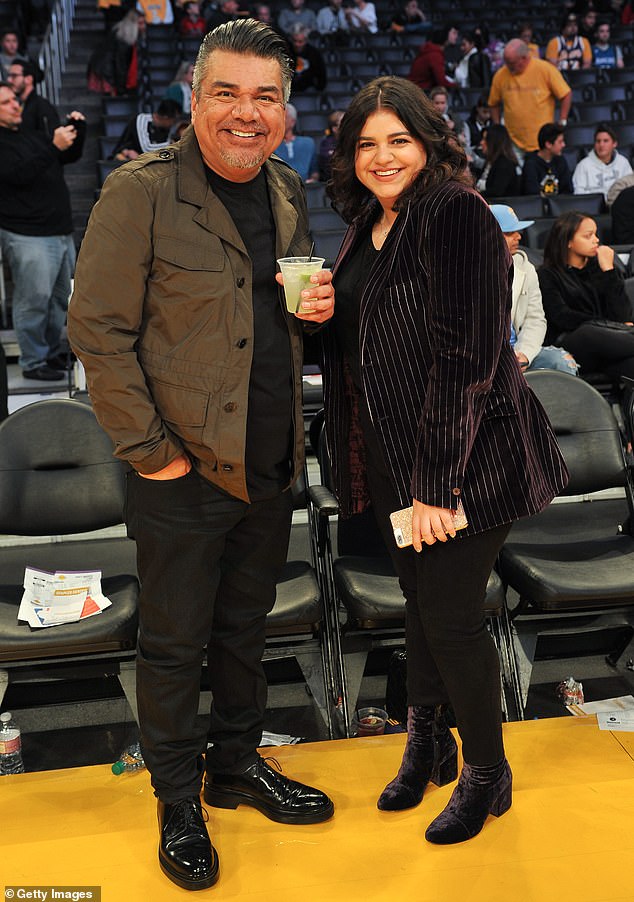 Former co-stars: Mayan previously made her debut as an actress on an episode of George Lopez; they are seen in 2017

Following the end of his sitcom, Lopez went on to headline his own late-night talk show, entitled Lopez Tonight, which originally aired on TBS from 2009 until 2011.

The Balls Of Fury actor then returned to scripted work with his second sitcom, entitled Saint George, which aired for a single season on FX.

The show was centered on the comedian, who portrayed a prospective entrepreneur that had to deal with the conflicting obligations of his personal and professional lives. 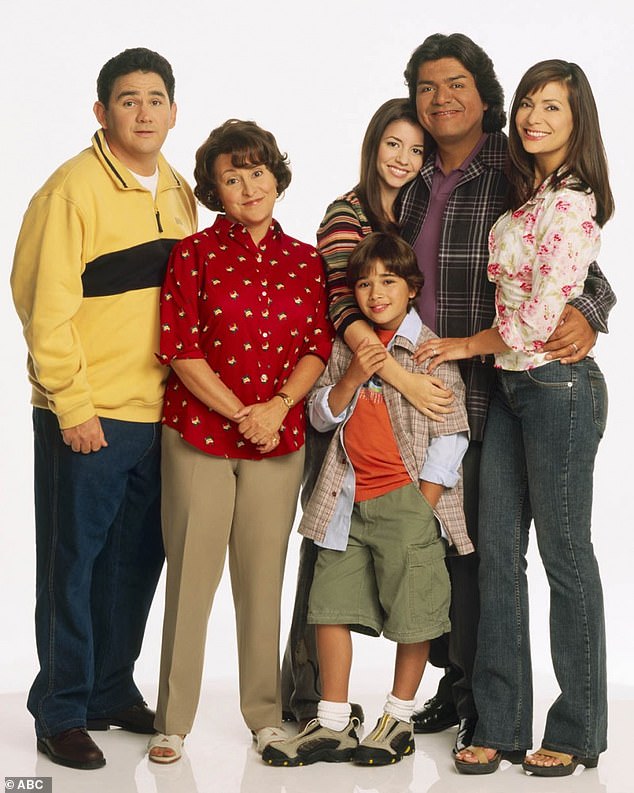 Big hit: Although George Lopez was not initially a success on ABC, it did much better in syndication on networks such as Nick at Nite 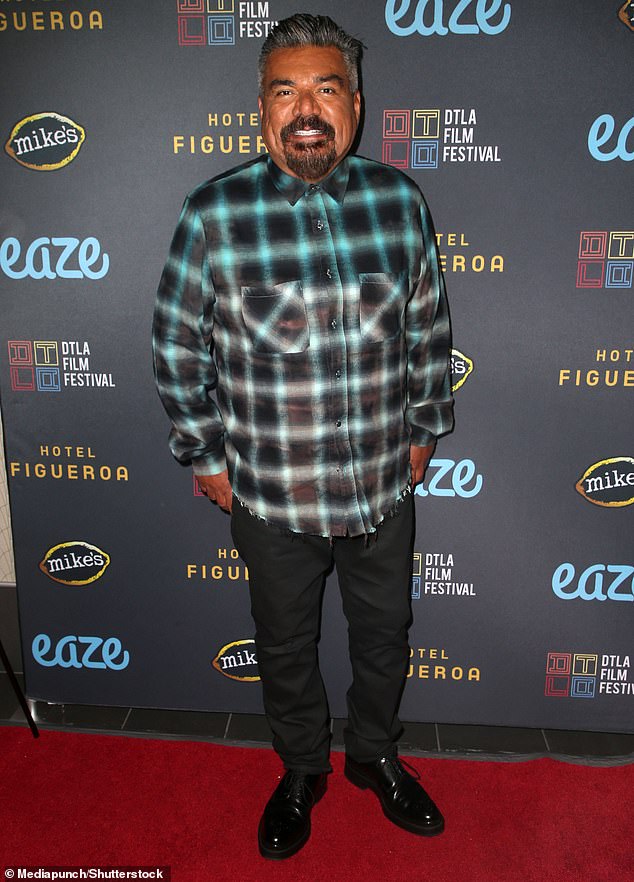 Changing lanes: Following the end of his sitcom, the actor went on to headline his own late-night talk show, Lopez Tonight; he is seen in 2018

Although the program boasted the talent of performers such as Jennifer Lyon and Danny Trejo, it was critically panned by many viewers.

The comedian’s third show as a lead actor came in the form of TV Land’s Lopez, which began airing in 2016.

The series featured the performer portraying a fictionalized version of himself as he navigated the ever-changing landscape of television production while dealing with the onset of social media.

Although Lopez was well-received by audiences and critics alike, it was canceled after the end of its second season, which aired in 2017. 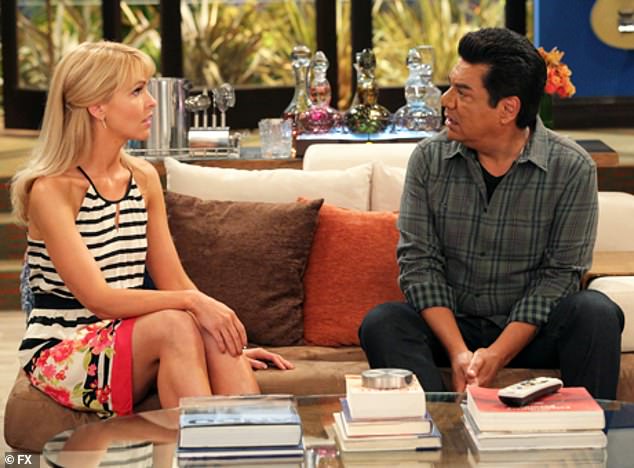 Keeping it going: The comedian went on to star in the short-lived sitcoms Saint George and Lopez, which aired on FX and TV Land, respectively