‘It’s a beautiful thing’: Kit Harington gives a rare insight into fatherhood and compares having a child to caring for a pet in candid chat

By Gabriella Ferlita For Mailonline

He welcomed his first child, a baby boy, with wife Rose Leslie in February this year.

And Kit Harington, 34, gave a rare insight into fatherhood as he admitted that although it’s been ‘beautiful’, it hasn’t been all smooth sailing, as he didn’t consider there’s no ‘break’ from parenthood.

The Game Of Thrones actor told Access Hollywood in a candid interview on Sunday: ‘What surprises you is: You go, “Oh, this goes on forever.” Like, you don’t get a break from it.’

Full on: Kit Harington, 34, revealed to Access Hollywood on Sunday that he didn’t realise there’s no ‘break’ from parenthood

The star didn’t understand just how big the journey through fatherhood was until he embarked on it himself.

‘Everyone goes, “Look, it’s big what you’re about to go through.” You have no way of knowing that until it happens.’

He said: ‘Every day, I wake up and I look after this little human and now we’re part of a unit together.’

‘I think the thing that surprises me most about fatherhood is you are now a unit, the three of you, and that’s a whole new dynamic you need to find.’ 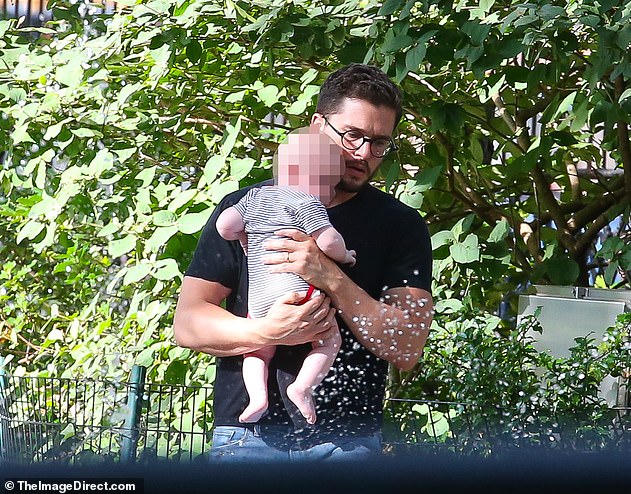 Sweet: ‘Every day, I wake up and I look after this little human and now we’re part of a unit together’, the star told the platform. Pictured in June

Kit added: ‘I pretty much find every day as he grows and changes, how does that change you? It’s a beautiful thing, it really is.’

‘I had a puppy in the year leading up to my son’s birth and it’s not so different.’

The star joked: ‘It’s great practice, is all I can say.’

His interview comes as season two of his new series, Modern Love, premieres next week.

The new dad was announced as a cast member in February.

The show is a romantic comedy based on the weekly column of the same name published in The New York Times.

Kit, famous for his role as Jon Snow in Game of Thrones, is seen in the trailer playing a hopeless romantic who falls for a girl he meets on the train (Lucy Boynton).

It has been a busy year for Kit, with the star also appearing in the Friends Reunion special, and welcoming his first child.

Kit and Rose confirmed the arrival of their baby boy in February but have not revealed his name.

The couple have largely stayed out of the public eye since announcing that Rose was pregnant via a photoshoot in September last year. 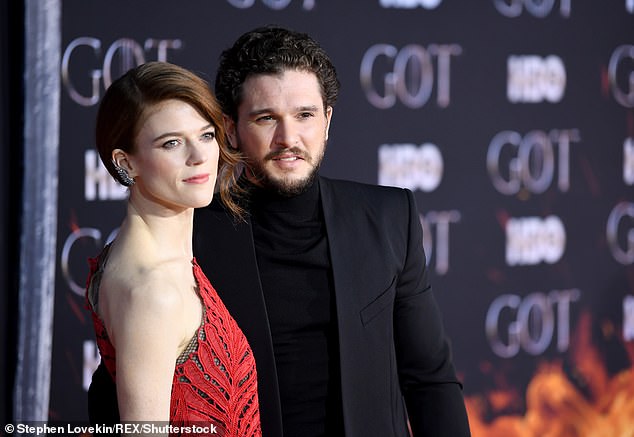 First-time parents: Kit and his wife Rose Leslie confirmed the arrival of their baby boy in February but have not revealed his name (pictured 2019)