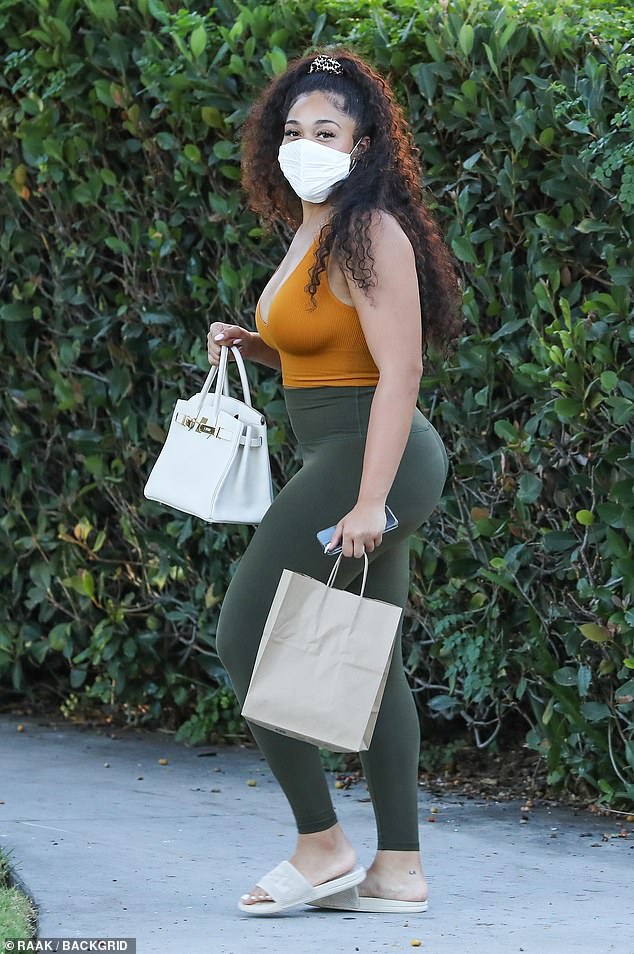 She’s been documenting her grueling workouts on social media.

And Jordyn Woods showed off the fruits of her labor on Tuesday as she donned a skintight outfit for a dinner outing with pals.

The Instagram personality was spotted leaving Toscanova in Calabasas carrying a bag of leftovers as well as a stylish Birkin handbag.

Curves: Jordyn Woods showed off the results of her workouts on Tuesday as she left a dinner meeting with friends at Toscanova in Calabasas

The 22-year-old actress showcased her curves in a plunging gold bodysuit and dark green leggings which she teamed with casual slides.

Her outing came as there was speculation that Khloe Kardashian is back together with Tristan Thompson following the cheating scandal that Jordyn was embroiled in last year.

Khloe is apparently ‘doing what she feels is right for her daughter’ by reuniting with her ex.

The 36-year-old reality star has two-year-old True with Tristan, and after she was reported last week to have rekindled her romance with the NBA player, sources have now said part of their reconciliation was influenced by their daughter. 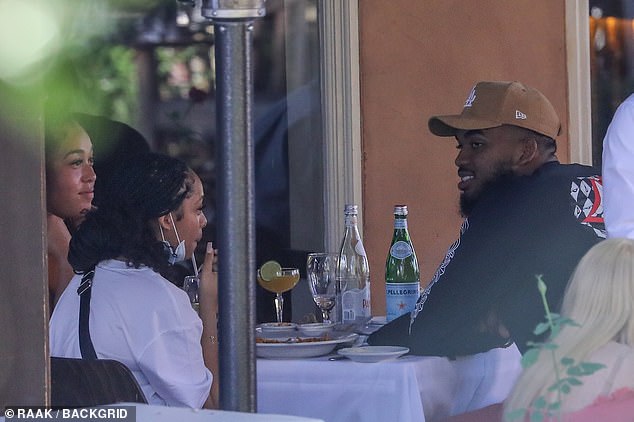 Catching up: The Instagram personality was seen having an early dinner with pals at the Italian eatery

An insider said: ‘[Khloe and Tristan] are back together and things have been going really well. Khloe is doing what she feels is right for herself and her daughter, True.’

The Keeping Up with the Kardashians star split from Tristan last year after he kissed Jordyn at a party.

It came after a previous infidelity incident in 2018, just days before True was born. 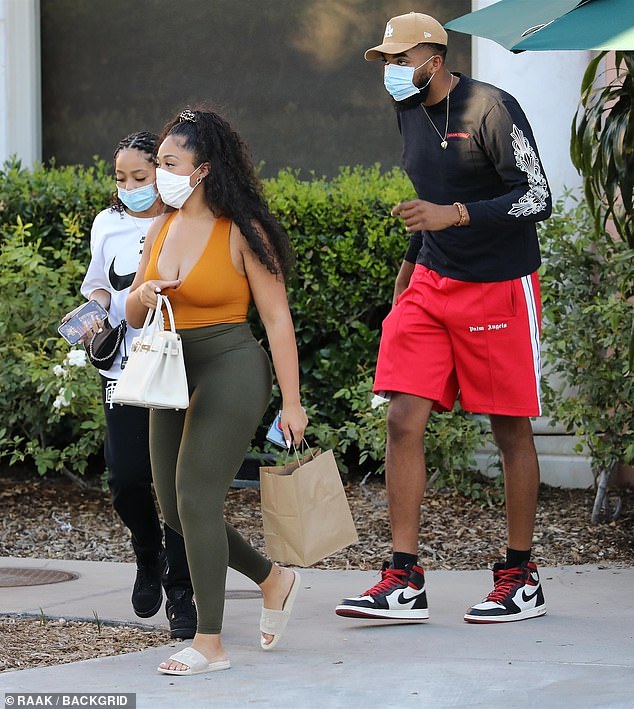 Looking good: The 22-year-old actress showcased her curves in a plunging gold bodysuit and dark green leggings which she teamed with casual slides

Larsa’s once close friends Kourtney and Khloe Kardashian unfollowed her on Instagram amid the fallout from Kim’s husband Kanye West’s Twitter meltdown.

The dramatic unfollowing was seemingly prompted after the rapper, 43, cryptically Tweeted: ‘Larsa’ along with a thinking face emoji, followed by the question: ‘Should I name more?’

Shortly after, the rumor mill went into overdrive when Jordyn, once best friends with Kylie Jenner and close with the Kardashians, ‘liked’ a tweet that alluded to Larsa and Tristan hooking up. 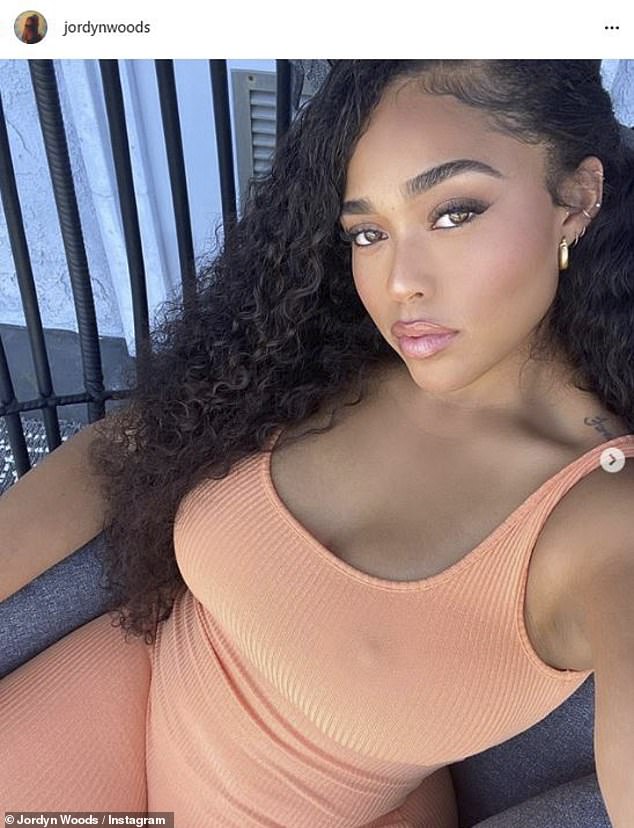 Glowing: The star is looking better than ever in her latest Instagram snaps 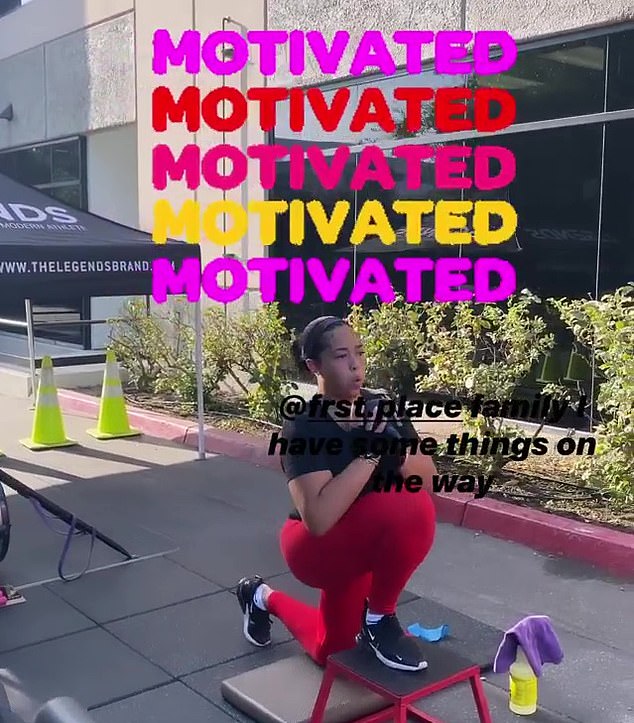 Get it: The former best friend of Kylie Jenner has been documenting her grueling workouts on social media