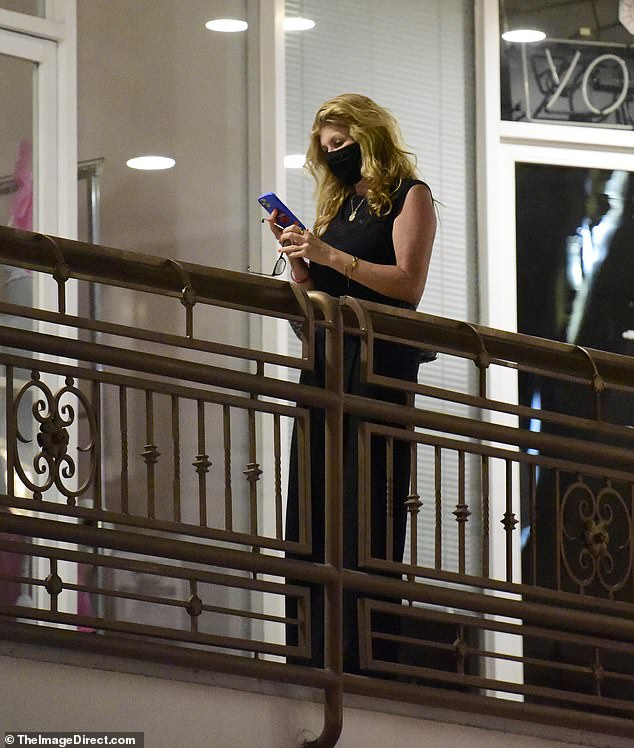 Connie Britton enjoyed a romantic date night with a mystery man in LA.

The actress, 54, was spotted holding hands and smooching a lucky hunk following dinner at Sushi Park on Wednesday evening.

Connie couldn’t have looked any happier sitting inside her parked car, where she gave her date a kiss.

The couple appeared in their own world as they strolled down the sidewalk together, chatting away and holding hands.

The chat must have been engaging, as Connie raised an arm into the air while her beau gazed at her.

Conversation was likely kept to a minimum as the duo locked lips inside a car.

Connie sat in the passenger’s seat of the vehicle as her beau leaned in to give her a kiss. 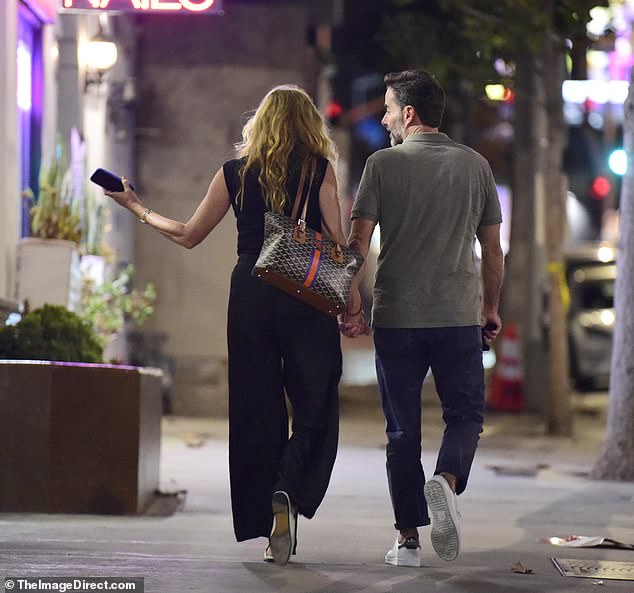 I want to hold your hand! The couple were spotted hands intertwined as they strolled down the sidewalk 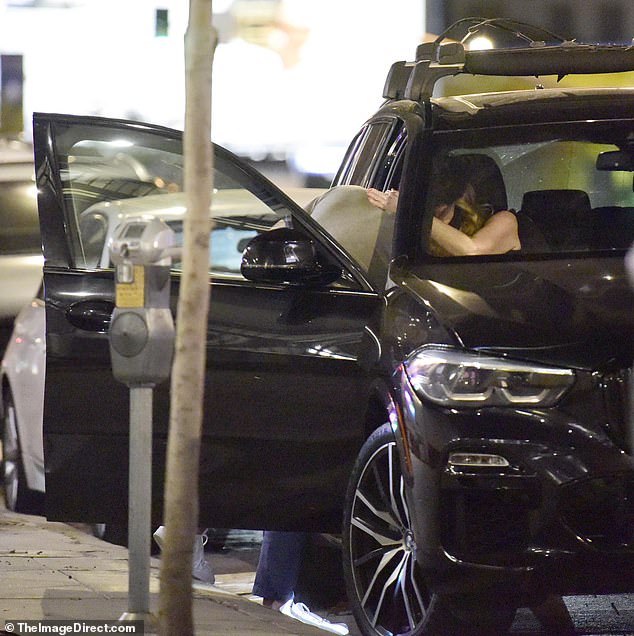 XOXO: Connie’s date gave her a kiss as she sat inside the parked car 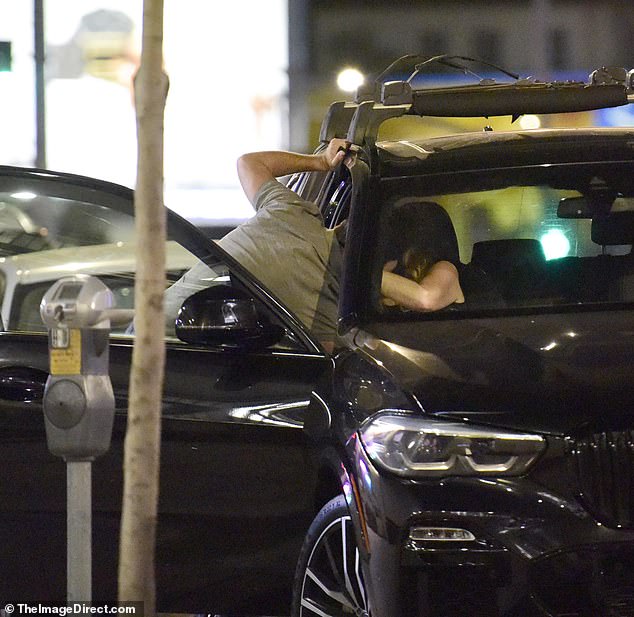 Kiss me! The mystery hunk expressed his affection for the blonde beauty

Connie has been married once before.

Connie appears to have been single since the end of her marriage, however she does date. 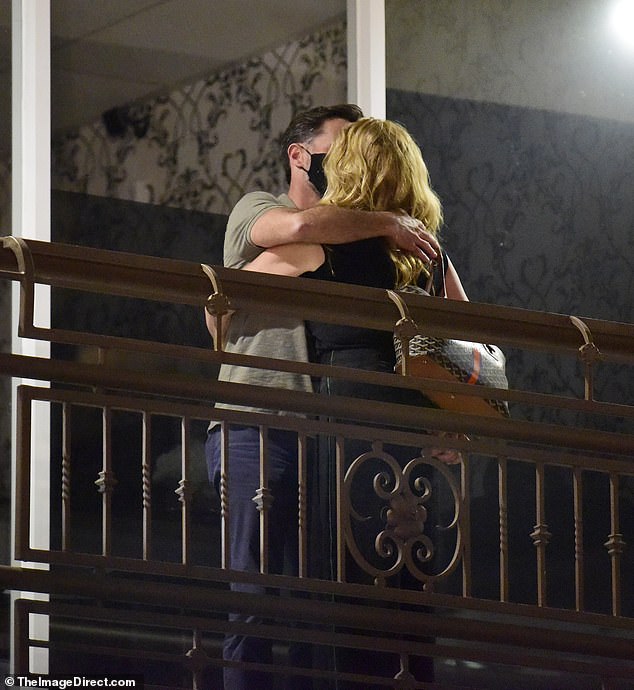 TLC: The twosome packed on the PDA as they left the restaurant

‘I’ve been able to balance that in as well. I’m not in a full-time relationship right now, but I am [dating]. That’s part of the balancing act, and it’s an important part!’

In 2011 the actress became a mother when she adopted her only child, son Yoby, from Ethiopia.

Speaking of her decision to adopt, she said on Watch What Happens Live earlier this year: ‘I had no idea what I was even getting into. So it wasn’t so much “I can do this” as much as I knew I wanted to be a mom.’ 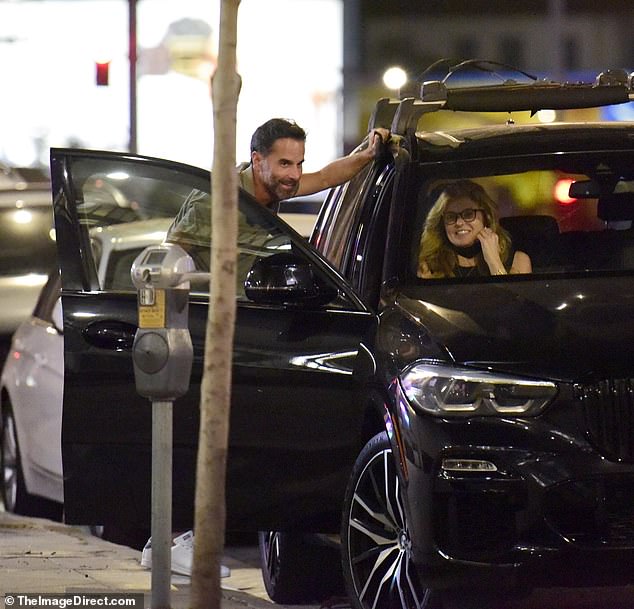 Smitten! Britton beamed with joy as she sat inside her car 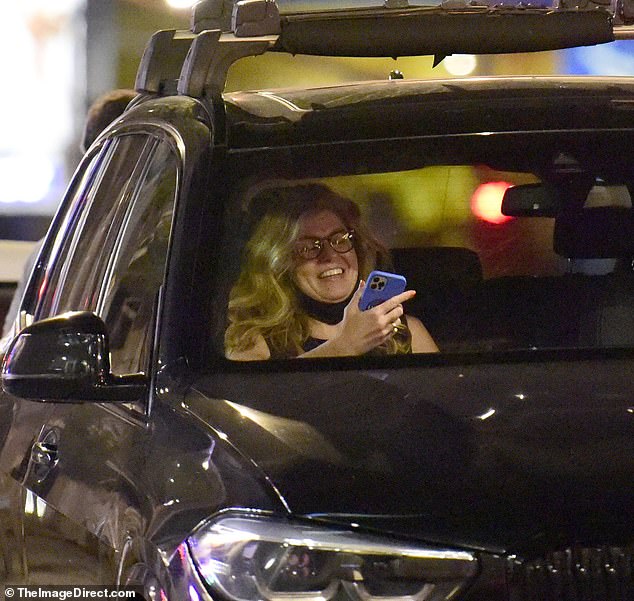 Crush! The 54-year-old couldn’t have looked any happier

She revealed that the decision came amid a tough time in her life: ‘And, in truth, both of my parents had passed away within three years, and suddenly I was like, “Oh, no. My family is no more.”

‘I mean, I have a twin sister, but that was a big loss, losing my parents. And I wasn’t in a relationship that felt like it was going to be a marriage relationship.’

Britton added: ‘And so I was like, “What am I waiting for? I know I want to adopt. I can do this.” But that was a little delusional because it turns out it’s a really hard thing to do, but I would only encourage anybody to do it. You can do it!’ 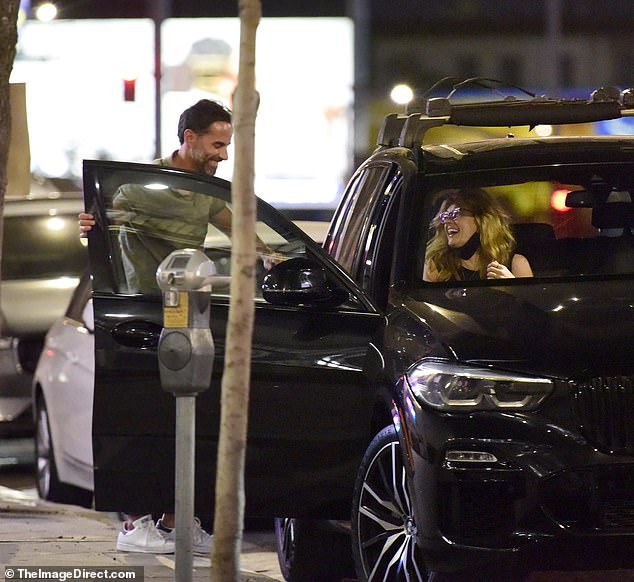 Let’s get this show on the road! Britton grinned gleefully while sitting in the passenger seat 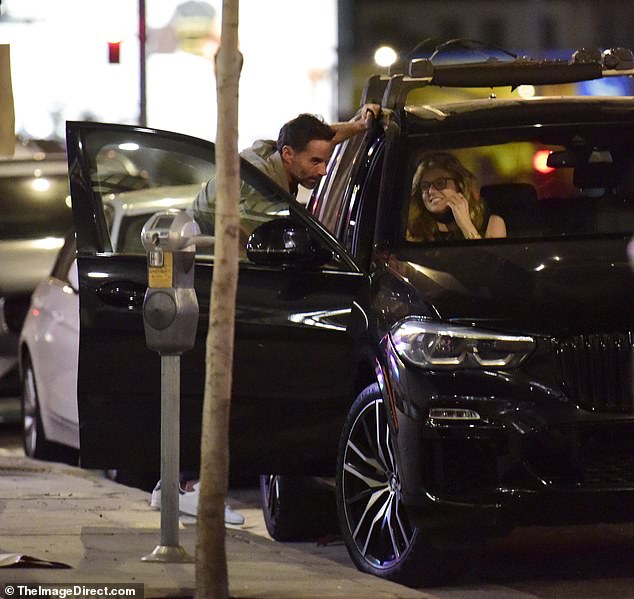 Eyes only for her: The hunk lavished attention on the Friday Night Lights actress

In 2019 Connie revealed her friend Julia Roberts had been attempting to set her up on a date.

‘I’ve gotten to be friends with Julia Roberts,’ Connie said on Busy Tonight. ‘She tried to set me up with somebody. It hasn’t worked out yet, but at least mama tried, you know what I’m saying.’

Nowadays fans can catch Connie on the hit HBO show The White Lotus, a dark satire following the antics of vacationers and staff of a Hawaiian resort.

Connie plays Nicole Mossbacher, a search engine CFO whose husband is grappling with a health crisis.

The in-demand actress was nominated for a Golden Globe for her role in the 2018 series Dirty John.

She also lends her voice to the animated series Pandemic and has roles in the upcoming films Luckiest Girl Alive and 892. 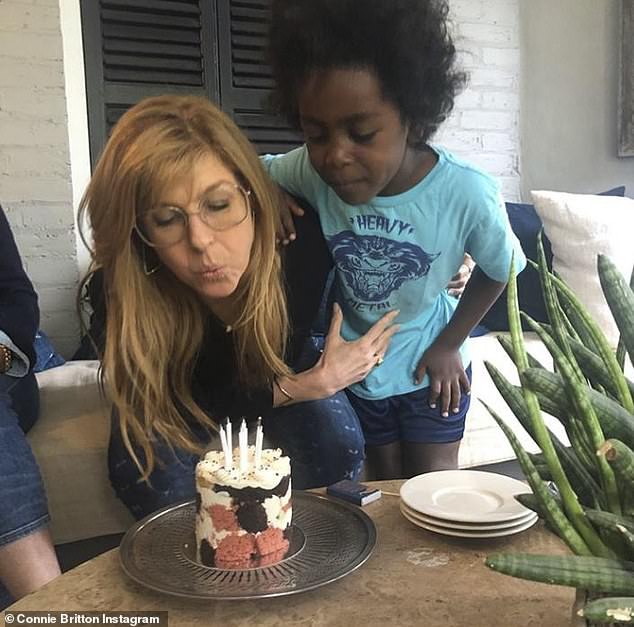 Parenthood: In 2011 the actress became a mother when she adopted her only child, son Yoby, from Ethiopia 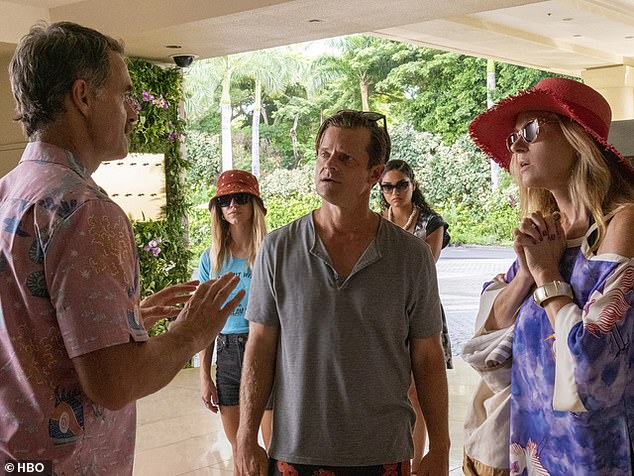 Dark satire: Nowadays fans can catch Connie on the hit HBO show The White Lotus, a series following the antics of vacationers and staff of a Hawaiian resort 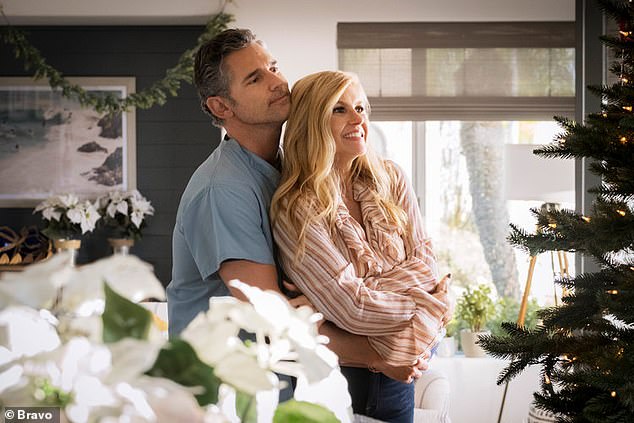 Critical acclaim: The in-demand actress was nominated for a Golden Globe for her role in the 2018 series Dirty John