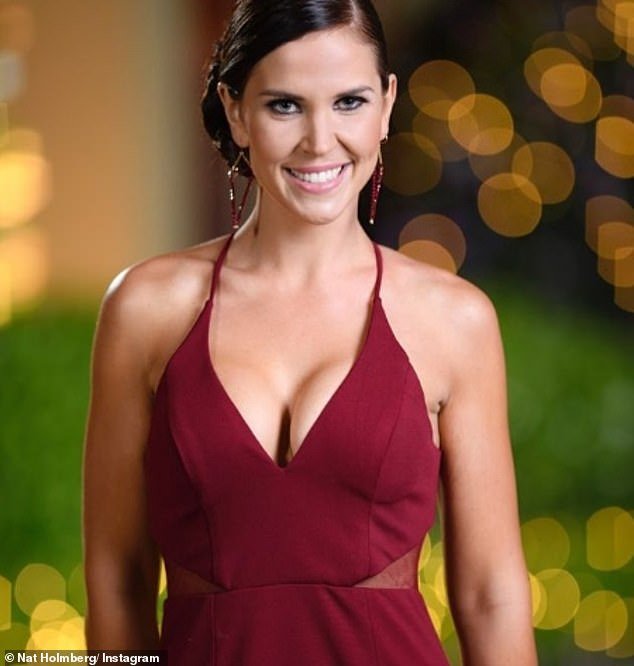 She’s the quirky Bachelor contestant who failed to find love with Matty Johnson on the 2017 season of the Channel 10 dating show.

And it seems Natalie Holmberg still has her outrageous sense of humour four years on, after suffering a gob-smacking social media faux pas this week.

The 34-year-old revealed on Tuesday she’d changed her Instagram bio while drunk to ‘state wide sl*t’, and clean forgot about it for several days.

‘OMG when you realise your effing bio still says what you jokingly change it to as an inside joke on the weekend when intoxicated, and completely thought you had deleted,’ she wrote on Instagram Stories.

Natalie has since removed ‘state wide sl*t’ from her bio, which is now blank.

Natalie made headlines during her season of The Bachelor, after sensationally claiming Matty had ‘turned her straight’.

She explained she’d been dating a woman when she say Matty removed his shirt during an episode of The Bachelorette in 2016.