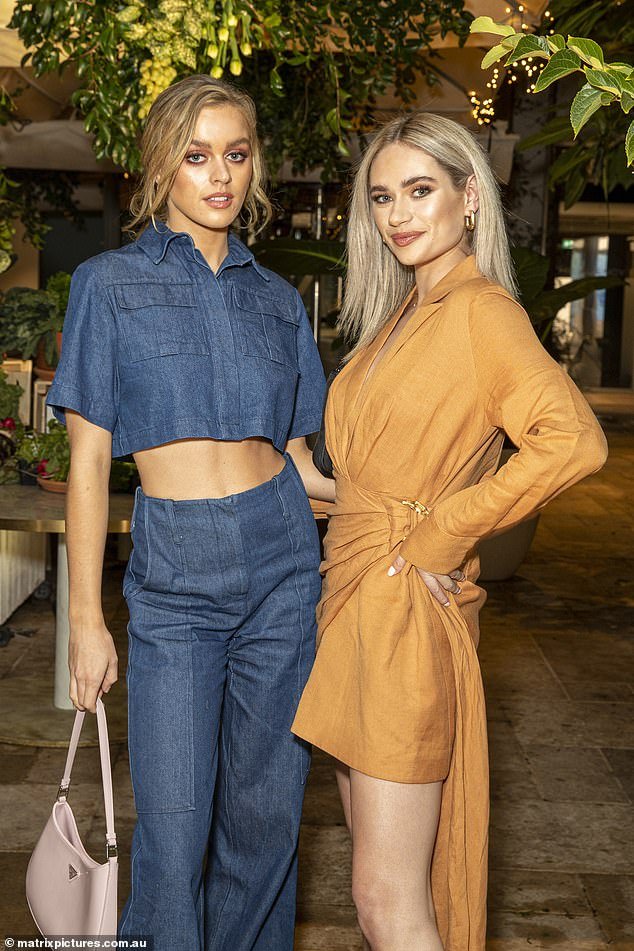 Is everything OK? Justin Hemmes’ glamorous model girlfriend Madeline Holtznagel, 24, fails to raise a smile as she attends Bondi event without her billionaire pub baron beau

She was last spotted with her billionaire pub baron beau Justin Hemmes in April as they partied on a boat over the Easter weekend.

But model Madeleine Holtznagel, 24, attended the launch of Simon Hill’s new plant-based diet book in Bondi on Tuesday evening without her 48-year-old boyfriend.

The blonde beauty looked somewhat downcast as she posed with a gal pal, giving the camera a steely gaze as they posed outside vegan eatery Eden.

Is everything OK? Justin Hemmes’ glamorous model girlfriend Madeline Holtznagel, 24, failed to raise a smile as she attended the launch of Simon Hill’s new plant-based diet book in Bondi on Tuesday

The beauty did turn heads at the event, showing off her abs in a denim crop top and matching flared trousers.

She accessorised with her favourite baby pink Prada bag.

The young model wore her blonde locks back in a low ponytail with tendrils falling around her face and glowed in a copper makeup palette. 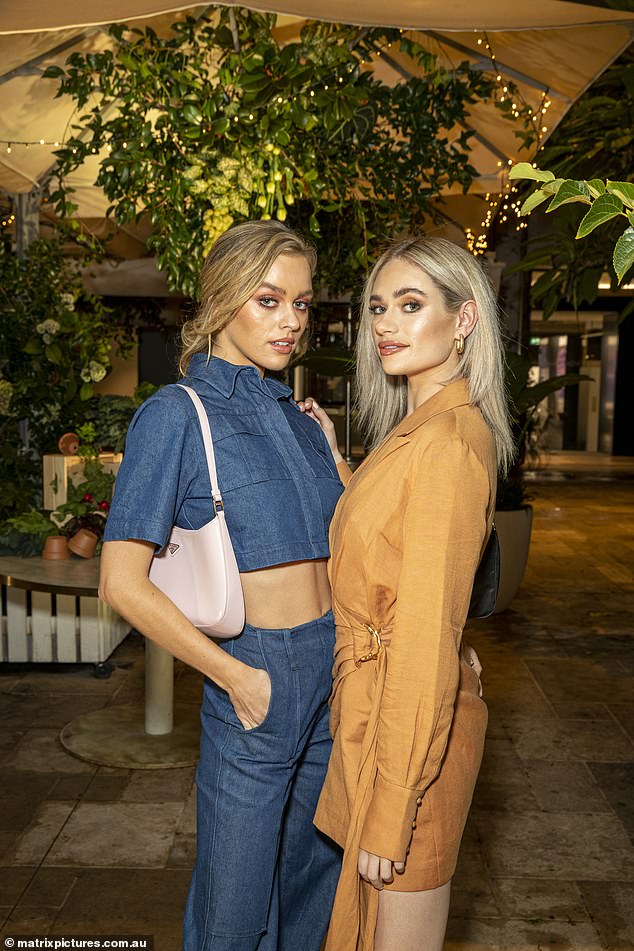 Blue steel: The blonde beauty posed with a gal pal, giving the camera a steely gaze as they posed outside vegan eatery Eden

Madeline and Justin have been dating for some time and she spent a COVID lockdown at his Vaucluse mansion last year.

She now reportedly lives in a Coogee penthouse that he owns.

Justin and Madeline have been spotted out and about in Sydney several times lately, after confirming their romance.

Madeline lifted the lid on their relationship in October last year, telling The Sydney Morning Herald she was yet to introduce Justin to her parents.

‘My parents and my sister Anna haven’t met him yet, but [her other sister] Simone has been introduced to him and really liked him,’ she said.

Madeline remained tight-lipped about how long she and Justin had been dating, but hinted they’d been seeing each other for longer than reports suggested.

‘We have known each other for two years and met when I was modelling in Singapore,’ Madeline said.

The couple sparked romance rumours when they were spotted partying together on his Bombardier Challenger jet last August.

Justin’s hospitality empire is believed to be worth about $1billion.